Those of us who deal with patients in pain regularly see the broad range of behaviors that accompany the patient’s pain complaints.  These vary from an almost catastrophic presentation where the patient appears in almost continual spasm, cannot arise and openly wails in the expression of his/her agony.

We also see those who put forth elaborate effort to seem as “normal” as everyone else with whom they have contact.  For some patients, the appearance of being in pain is, in itself, a penalty.  They feel at odds with their world, singled out, disabled and pitiable.They do all within their means to appear unimpaired.  They perceive that giving into the pain, and exhibiting elaborate pain behavior is surrendering and exposing the world to their misery.

While pain behaviors are known and easily observed, they fail to address some patients’ attempts to contain those very behaviors.

Wincing, moaning, limping, guarding, and difficulties arising, sitting, and standing may be anticipated in the pain patient, but they are not immutable:

a. A female patient was seen for one year following her fall at work.  She had injured her neck.  It was not deemed a surgical condition.  When taken from the waiting room, she wailed in pain, dragged one leg (not always the same). walked as though stepping on nails, and made grunting noises.  She made no attempt to compensate for her subjective pain experience.  She was, in her thinking, miserably and irrevocably impaired.  She was not drug seeking. She had no support system providing secondary gain.  There was not a significant financial incentive. At a very simple level:  She had been inured and felt quite sorry for herself and a life that she certainly knew would never improve.

b. Contrast that to a male patient who had sustained a significant lumbar injury, required fusion which was only partially successful, and had well documented limitations.  However, he arrived at the office, profusely sweating, apologizing for arriving late and explained that he had been forced to stop along the highway and change the tire on his truck.  He was proud of having done this, said he was now quite miserable, but maintained a stable gait and adaptive emotional response.

Cases sometimes “turn psychological” after all physical complaints are resolving, and the requirement is that …
Read Blog Post

Compliance is an extremely frustrating aspect of patient management. A patient insists that they are not comfortable with …
Read Blog Post 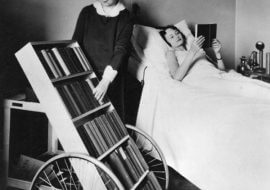 Commitment: “The most common reason for being referred for psychotherapy is to help resolve a conflict. This may be …
Read Blog Post