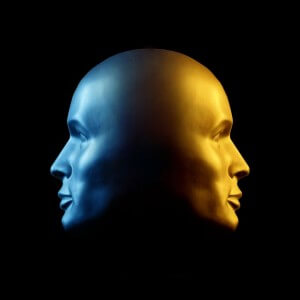 Definition: Personality Disorder refers to an enduring pattern of experience and behavior that differs from the expectancies of your culture. It may manifest itself as problems in the ways you interpret events around you, the way in which you express your emotions, the means by which you interact with others or how you handle your impulses. People with a personality disorder display their maladaptive patterns in a range of social and interpersonal interactions, and the pattern causes problems in social and occupational functioning.

Paranoid Personality Disorder is characterized by a pervasive distrust and suspiciousness of others. The motives of others are seen as evil. There is not sufficient justification for their believe that they are being harmed, exploited or deceived. They are preoccupied with doubts of loyalty and trustworthiness of others and they are unlikely to confide in others because they believe data will be used against them. Such individuals, by adulthood, read critical or threatening meaning into benign events or remarks. They bear grudges for even minor insults and are quick to anger and counterattack. Not infrequently, they believe that they are being betrayed by their sexual partner. Most often such individuals do not perceive themselves as having a problem and that any suggestion that they need assistance is proof to then that they are, indeed, under attack.

Schizoid Personality Disorder: represents a pattern of detachment from relationship and a restricted range of emotional expression beginning by adulthood. The individual prefers solitary activities, has little sexual interest, lacks close friends, does not seek to be part of a family, appears indifferent to both praise and criticism and seems aloof, cold and remote with little emotional variability.

Schizotypal Personality Disorder: characterized by a pervasive pattern of social and interpersonal deficits. The person is uncomfortable and has minimal capacity for close relationship. Such individuals may have eccentricities in thought and behavior as well as perceptual distortions. They may have exceptionally odd or superstitious beliefs, strange sensations and concepts as to the functioning of their bodies, unusual patterns of speech, be excessively suspicious and unable to adequately express emotions. They have few friends and appreciable social anxiety arising from their fears of others. This pattern is noted by early adulthood and results in a very constricted and isolated lifetyle.

Antisocial Personality Disorder: refers to a developmental defect in an individual over 18 years of age in which the individual fails to conform to the lawful restrictions of society is deceitful for purposes of pleasure and/or profit acts upon impulse, is irritable if not aggressive, shows a disregard for others is irresponsible in work and honoring financial promises lacks remorse for what he/she has done; does not benefit from past punishment. There is evidence of a conduct disorder prior to age 15, and the problem is not due to some mood or thought disorder.

Borderline Personality Disorder is characterized by unstable and intense relationships, fluctuating self-image, impulsive self-damage (such as substance abuse or sexual excesses), emotional instability, intense anger, suicidal gestures and often paranoid ideation. Borderline patients do not know the true cause of their mood swings, dysphoric periods or self-destructive tendencies. They will falsely attribute causation to others, to outside events or to circumstances other than their own fragile personality development.

Histrionic Personality Disorder: these individuals are shallow and attention seeking. They need to be the center of attention, and they are often seductive with rapidly shifting superficial emotional expression. They misassess their relationships, are self-dramatizing and attempt to draw attention to themselves by their physical appearance.

Narcissistic Personality Disorder is characterized by a pervasive pattern of self-involvement, need for admiration, lack of concern for others and a inflated sense of self-importance. Such individuals overestimate their accomplishments and are offended when they are not praised for their efforts. In turn, they underestimate the accomplishments of others. They feel that their rewards are long overdue. They see themselves as special and/or unique and seek to identify themselves with famous individuals. They feel that they are understood only by unique or gifted people who are, in some way, special. They feel that ordinary people are not competent to understand them. Yet their self-image is fragile, and they are continually concerned with how they measure when compared to others. They have a great sense of entitlement. They expect to be indulged and may be enraged when this does not occur. Because of this sense of entitlement, they are not made uncomfortable by exploiting others to insure their needs are met, and they appear to care little for the distress of others even when they are the cause of this distress. The are preoccupied with envy, yet often misperceive that others are envious of them. They not only devalue others but are patronizing or disdainful of them.

Avoidant Personality Disorder is characterized by fears of criticism and disapproval. The person mobilizes all resources to insure that they are not rejected and are preoccupied with the fears/thoughts of rejection. Likely for some individuals this spontaneously subsides when success experiences occur. People with AvPD often consider themselves to be socially inept or personally unappealing, and avoid social interaction for fear of being ridiculed, humiliated, rejected or disliked.

Dependent Personality Disorder refers to those individuals who feel helpless when being left alone, fearing that they will not be able to care for themselves, and such individuals will seek another relationship as soon as the one they are in reaches closure. Such individuals may have difficulty making every day decisions without seeking advice from others. They seek someone to assume responsibility for major areas of their life, will volunteer to do unpleasant tasks to insure that they receive support from others, and often have fear of expressing disagreement due concerns over disapproval. Such individuals display this as a pervasive submissive and clinging behavior.

Obsessive-Compulsive Personality Disorder is a developmental defect in which there is a preoccupation with control and orderliness. The person is often inflexible/stubborn and may be more invested in work than family, friends or leisure. Such individuals become detail orientated, and, for them, organization has more importance that the larger picture of their lives. Such individuals often cannot allow others to work effectively, concerned that others cannot work as precisely or efficiently as they. This need for control can be all consuming such that the very quality of life, especially family life, is undermined.

Sadistic, Masochistic, Self-Defeating, Depressive Personality Disorder… (personality disorders requiring further scientific study for adequate definition) The term passive-aggressive, currently is used somewhat interchangeably with the term “negativistic personality disorder.” The term “passive” was/is somewhat confusing and is meant to imply that the individuals resistance to fulfilling social and occupational demands is indirect and characterized by intentional inefficiency, dawdling and procrastination. The person will often complain of personal misfortune and alternates between being hostile and then apologetic. The person is critical of authority, is sullen and argumentative and sees himself/herself as being misunderstood and unappreciated. When this pattern characterizes the majority of the individuals interactions, we think of it as a pervasive personality pattern (disorder)

Depressive Personality Disorder differs from major depressive disorder and is not episodic in nature, and the symptoms are not as severe. It is characterized by a pervasive sense of dejection, cheerlessness, and unhappiness. These gloomy and joyless individuals feel inadequate and worthless. Their low self-esteem is displayed as being critical, self-blaming and derogatory. They brood, worry, are judgmental of others and are prone to periods of guilt and remorse. Since this is a developmental defect, the impact of antidepressant medications is currently unknown. Psychological care is complicated by the patients not being wholly compliant with ongoing care. 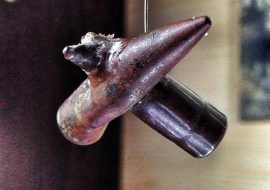 The Misinformed Patient Patients become misdirected or misinformed about their injuries. Many aspects of an injury may be …
Read Blog Post

The Course of Treatment over the Years

In the case of a pain disorder, the individual *interprets* the pain as so great that he/she is unable to work or function …
Read Blog Post 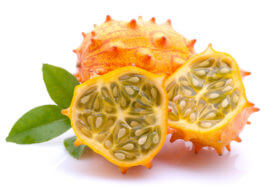