Of all the emotional responses that we have to our world, this thing we call anxiety is the most pervasive. None of us are free from the effects of anxiety upon our lives.

Although anxiety symptoms can present in a wide variety of forms, all are organized around the central components of “nervousness” and/or reactions to being so agitated. The person, when anxious, has begun to substitute maladaptive approaches for more reality-based responses to problems.

The anxiety may be be based on present, past, or future (even imagined) events. That is why we are able to be anxious over things that have never and may not even be likely to happen. We create these events in our fantasy and then become frightened over their “potential” for occurrence.

Anxiety is the most common of all psychological disorders. Generalized anxiety, phobias, panic attacks and obsessive-compulsive behaviors affect 7.3% of all adult Americans. 8.3 million women and 4.2 million men suffer from anxiety disorders. The disorders are treatable. During the course of our lifetime, 14.6% of us will suffer from one or more anxiety disorders. During any month, 6% of us experience a phobia.

Close to 2% of us will suffer from a panic disorder during the course of our lifetime (and if the disorder develops), 15-20% of our first degree relatives will have the disorder. Women are twice as likely to have anxiety disorders, and the peak occurrence is between 18-44 years

The term “neurosis”, often used in association with the anxiety disorders, literally means weakness of the nerves and is a misnomer. An operating definition of neurosis would more likely be that it results from a conflict between opposing emotions. For example, it would be “neurotic” to feel both love and resentment for the same individual or rage and guilt. Anxiety based upon the conflict of emotions is often called neurotic anxiety.

In an acute panic attack the fear is so great that the individual feels total loss of control, impending doom and intense terror. Anxiety is, therefore, essentially a free-floating fear. Sometimes it is attached to a specific object such as confrontation with one’s supervisor; sometimes it is attached to specific activities such as the performance of a work-related task.

Anxiety is a physical as well as a psychological reality. The person becomes intensely activated with an increase in heart rate, breathing, blood pressure, muscle tension, digestive processes and other autonomic activity. Thus, anxiety is a response of the person’s nervous system.

When we recognize the source of the anxiety we refer to it as: “I am nervous about” some problem, task or interaction. Often, however, we are aware of the physical symptoms of anxiety rather than the source. The person may feel abdominal distress, muscle contraction headache, stiff back, the heart palpitations…and the individual believes that they are ill. The symptoms rather than the event become the target of concern.

The symptoms of Generalized Anxiety Disorder vary, but may include any or all of the following presentations: The patient may report the sensation of trembling muscles, feeling “shaky” inside, muscle tension, restlessness and rapid fatigue. Complaints may include being short of breath or the feeling that one is smothering, palpitations, cold clammy hands, dizziness, nausea, diarrhea, hot flashes, frequent urination or a “lump in the throat”.

An exaggerated startle response may be present, as well as difficulty in concentrating, trouble in falling or staying asleep, and irritability. Importantly, the symptoms of anxiety can look like many, many organic disease processes. Anxiety is often called the great imposter, and there are a “gallery of aliases” for anxiety disorders dependent upon which bodily system is most affected by this free-floating fear.

These symptoms may be accompanied by phobia or physical complaints for which there is little or no physical basis. These individuals frequently display overconcern with their health and will develop physical symptoms in direct response and proportion to stress or emotional difficulties.

There is much research regarding the relationship of alcohol abuse to anxiety disorders. While the presence of one problem does not insure the coexistence of the other, it is fair to state that a large percentage (perhaps as much as 40%) of those individuals suffering from anxiety turn to alcohol as a form of self-medication.

Over a period of time, a cycle emerges in which repeated alcohol intake effectively undermines the individual’s capacity to cope with daily problems, which in turn leads to increased anxiety, to excessive drinking…

In addition to the subjective reporting of symptoms, prolonged anxiety may also manifest in physical disorders which seem, at a glance, unrelated to emotional stressors. Diseases such as gastric ulcers, tension and migraine headaches, ulcerative colitis and Raynaud’s disease all have in common the component of anxiety.

The physical complaints displayed by overly anxious individuals have at their core an intense emotional component. Until the psychological core is addressed, treatment at best will be circumstantial and symptom-, rather than cause-oriented. The analogy may be made to taking aspirin for a fever and gaining temporary relief from discomfort, without seeking and discovering the source of infection.

Panic Attack – A panic attack is a discrete period, not just part of a continuum, in which you feel a sudden onset of anguishing anxiety characterized by emotions ranging from apprehension to fear to actual terror. The person may have shortness of breath (SOB), chest pain, chest constriction, fear of losing control, fear of impending heart attack (MI) and palpitations. It occurs in the context of several anxiety disorders. It builds into its peak within 10 minutes. Among the following 13 symptoms, the individual may have four or more of the following: sweating, palpitations, trembling, SOB, choking, dear of dying, numbness/tingling, chills/hot flashes, chest constriction, GI distress, dizziness/unsteadiness, feeling of unreality or detachment, etc.

A social phobia can, in some cases, precipitate the panic attack discussed last week. The individual develops a pattern of avoidance to prevent the occurrence of extreme feelings of discomfort, anxiety, and dread. While such individuals can often force themselves to act in these social situations, they do so with extreme dread if at all. This, not uncommonly, disrupts their relationships and their occupational advancement. They are often tremulous as a result of their fear of ridicule or criticism and concurrently fear that the tremulousness will be noted. These symptoms do not spontaneously remit (simply cease) and the pattern of anticipatory anxiety and avoidance can, and often does, generalize and include more and more of the environment to be avoided. The person is aware of the problem but feels powerless to do anything about it.

Agoraphobia involves the fear of being away from the home, being alone, being alone or in a line of people, traveling or any situation in which the individual believes they be overwhelmed by their fears and no help readily available. Obviously, they then avoid such settings. There is the fear of having an anxiety attack, and if the outings are attempted, they are executed with great fear and loathing. The often cited concept is “fear of the marketplace.” People can have panic attacks with or without agoraphobia. Agoraphobia often represents more the avoidant pattern that emerges when the fear of impending panic is tied to specific events or potential events. The person creates for themselves, based often upon minimal past experiences, a series of anticipatory states in which they contemplate, obsess over potential outcome and, often, thereby, assure that outcome. Desensitization procedures and psychotherapy with and without medication if often very helpful to these patients who need to amass a series of successful experiences to offset the fears that they are developing while isolating themselves.

Acute Stress Disorder occurs within four weeks of an event in which a person felt at risk for survival, intense fear and/or helplessness. The Disorder can be characterized by a sense of detachment, feeling as though things are unreal, forgetting parts of the event, and reduced awareness of daily activities. The patient can have recurrent thoughts, dreams and sense of reliving the event. Many patients begin to avoid settings similar to that in which the traumatic even occurred. They concentrate poorly, are restless and may startle easily. If the symptoms persist longer than four weeks, it may be posttraumatic stress disorder which we can discuss next week. The symptoms can be distressing, may persist, and the prudent thing to do would be to seek consultation to determine if care is needed.

A patient has a severe dominant arm injury. When his pain became manageable, his surgeon ordered an FCE, and based upon the …
Read Blog Post 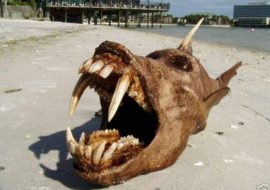 Blame: the human organism often looks for someone whom they can blame. It ranges from as simple as kicking a chair because …
Read Blog Post