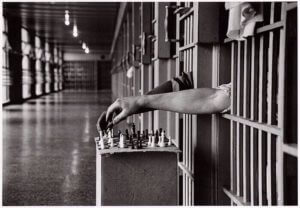 “Please read articles associated with Evidence Based Practice.   It entails “applying the best available research results (evidence) when making decisions about health care. Health care professionals who perform evidence-based practice use research evidence along with clinical expertise and patient preferences.” The weak link in this equation can be “clinical expertise.”

Evidence based practice must entail accurate diagnosis which, in turn, involves appropriate diagnostic testing and a knowledge of diseases, disorders and conditions from which the patient may suffer.

For example, the patient only tells you of his/her pain; you may be providing what you believe to be good “evidence based practice.”  You may be unaware that the patient has, for example, a delusional disorder (false belief system that s/he is the victim of a plot or is imbued with special powers). The pain may be interpreted by the patient as having “special meaning” which could complicate response to evidence based practice.

We had a patient who was treated for severe burns and was quite miserable. But he was also a pedophile and had harmed himself intentionally to distract attention from probable criminal investigation. The burns he self-inflicted had been more than he intended.  Another patient with a similar criminal past had been shot at work, and being the victim of a crime helped him distract investigators from accusations of his having harmed others.

Patients will hide a range of pathological thoughts, feelings and behaviors while permitting clinicians to deal with only the complaint the patient is willing to share, or which is most obvious and/or socially acceptable.

Again, much of this arises from clinicians being skilled in the application of a treatment techniques but less skilled in diagnostic determination.  Some would argue that “it is not my job to treat anything except the chief complaint,” but the counter-argument is that you cannot treat a condition without knowing these other factors.

In many cases, this is not intentional on the part of the patient. A patient may not know that withholding data can cause or contribute to the complaint itself.

As a psychologist, it is imperative to understand the relevance of such information and the subsequent impact upon clearly observed “evidence”.

I have had injured workers who complain of severe headaches and say they cannot work. Often these individuals have had no …
Read Blog Post

Is Depression a Physical Result of Injury?

_If depression is caused by a chemical imbalance in the brain, then how can it possibly be tied to injury?” Depression, …
Read Blog Post