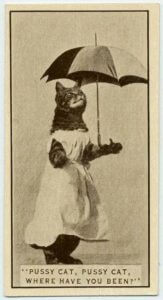 Candidate: “When it became mandated that all patients seeking implant trial (whether pump or stimulator) be psychologically evaluated, I was pleased yet surprised.

Pleased that there was an awareness that each patient has different psychological capacity to tolerate an implant trial. And I was surprised that anyone noticed that this was true.

By far, the most psychodiagnostic common outcome prior to an implant trial is that the patient has no co-existing mental disorder that would preclude his/her candidacy and that the patient is a fully informed, motivated and likely a good candidate.

However, here are some important exceptions:

The true gap that exists is between the doctor and the patient, the former wanting to perform the procedure and the latter…just not so sure.

I want to provide you a very concise summary as to what you have learned about events before and after injury, regardless …
Read Blog Post

Among the mental disorders listed in the DSM are mood disorders, and for today, the one that interests us is major depressive …
Read Blog Post