The Psychodiagnostic Process May 5, 2017 By Dr. David B. Adams 0 Comments 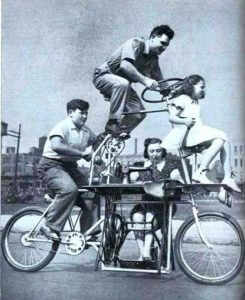 Division of Labor: For any health problem that is not considered an emergency, the primary career physician is our first stop supermarket. If s/he sees the problem as beyond his ability to diagnose and treat, we may be referred elsewhere, but he remains our primary contact person. He compiles all data from tests and second opinion, and discusses with us the problem and potential treatment plan.

When we fractionate that care, divide it among providers, we create a deficient health care system. Histories taken, tests ordered and even medications or procedures prescribed may not be equally communicated among all providers.

The clearest example is when multiple providers are prescribing medications that should not be combined due to potential adverse effects. Also, an unequal distribution of data does a disservice to the patient who may not know why treatment is not impacting all complaints.

A system that deliberately blocks a provider from discussing complaints, runs the risk that those complaints are never communicated at all. A case in point recently was a patient of mine treated for a cervical and lumbar injury in which no one would listen to his complaints of a large mass on his spine. The mass was cancer, and it was well advanced into the lungs and rapidly moving to other organs. Yet it was not part of injury and somehow immune from being discussed and/or reported.

In the division of labor where a psychologist is also seeing a patient, it is not common for the surgeon to seek information regarding the patient’s mental status unless the patient is difficult to manage. Even in pain management centers, issues such as anxiety, depression, family conflict, financial despair, career termination or other health risks (obesity leading to diabetes, hypertension, cardiac disease) are not the topics addressed or even discussed.

Much of this arose long ago when providers learned that “I am not going to be paid for this service, and, indeed, I am likely to anger the insurer if I go so far as to even mention that these factors are at play.”

An even more concerning situation arises when these health and emotional factors are reported by the clinician, they have become justification to deny valid claims of pain. It is as though: now that we know this, and how important it is, perhaps we are now able to limit the care for the injury.

We refer to the authorized treating physician as the primary provider, but as can be seen, this differs from our family physician or internist who is our primary *care* provider. The differences are more than a matter of semantics.

Motivation to Invest in Care

Employers and adjustors do not want to pick up the costs for treating depression, PTSD or chronic pain. That is perfectly …
Read Blog Post