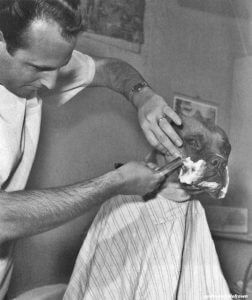 Blame: The concept of living with permanent, even if partial, limitations evokes considerable anxiety in patients. We do not address the alarm that is evoked when it is apparent he/she “will be like this from now on.”

In Freudian psychology, the concept of “displacement” was introduced to describe the process by which a patient reduces his/her anxiety by placing blame on “safer” objects. For example, it is far easier to blame the other person who is involved with your spouse than to blame the unfaithful mate. It is as though “if the other individual did not exist, then my spouse would have never been unfaithful.”

This is far easier to accept than “my mate simply does not love me.” This is closely akin to what we do with scapegoating others for the chronic residuals of injury: “I am not getting better because the surgeon is trying to please the insurer, the employer is uncaring, the insurer is cruel, and my attorney is interested only in the money. Even the pharmacy works against me by not having some of my medications in stock. I would have recovered if they all did not collude against me.” Blamefulness is self-protective.

It is a common means for the patient not dealing with the reality and severity of their injury and the permanent impact it is to have. This is similar to what we see this in the anger stage of the dying patient, and we see it in the chronic condition of the injured worker. Anger is a means of self-protection. However, redirecting the patient from blame-to-acceptance is a daunting task. When the attempt is made to do so, you then become included in the conspiracy of cost containment. You have joined this imagined enemy, and the patient has one more person to distrust.

Too often, patients rock along in care, becoming complacent if not comfortable with this new life of not working, until the surprise visit (or letter) that says they are at MMI. This is why patients should hear their prognosis as early as possible, and be encouraged to plan for an imperfect future that they did not ask for and do not want, yet this may well be the reality of the post-injury life.

Dealing with these people who fake or exaggerate their physical injury is a disheartening experience. But are are these the …
Read Blog Post

I see many Hispanic patients, and they may be more difficult to return to work for several important, and often overlooked, …
Read Blog Post

“For greater than 30 years, there have been impaired physician programs. But would a physician report a colleague who …
Read Blog Post