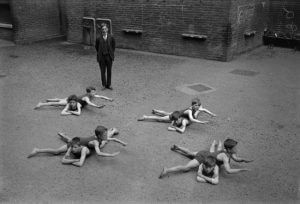 The Goal Gradient: Importantly, those who determine functional capacity, maximum medical improvement and/or permanent and partial disability, quite often have no understanding of the patient’s life either before or after settlement.

The “goal gradient” is a concept from psychological learning theory in which our behavior increases the closer we get to a goal (settlement). An injured worker will propel him/herself rapidly toward approaching settlement even if the patient has been inert for years following injury.

The injury is a ripple of indeterminate size in the course of their lives and family. The financial aspects are rather easy to measure, the altered course of existence is complex and often unknown for many years after settlement occurs.

There are patients who state that once their case has setttled, they are free to explore alternative education, career and interests. Often they do none of these.

There are patients who are certain that their life is now irrevocably damaged in so many ways that recovery for them and their family simply cannot occur. However, quite often it is the converse, and their lives are now more focused and better organized.

While it would seem largely irrelevant as to life-after-settlement, it is the anticipation of life after settlement that preoccupies the patient and family. “This is what we can do…how will we be able to do…what do we do about…” but more specifically, this money will not last, the symptoms may require ongoing and expensive care, and quite often “who will prescribe these medications.”

One patient said recently: “how much damage has this done to my liver and what will this mean in my future?”

The main issue is that patients, as settlement approaches, are flooded with fears, concerns, hopes and dreads that few involved in their care will be told.

It is the expectancy of that life that drives the “goal gradient.”