“There is a fundamental error in thinking when we look at injured workers who have either been assaulted or had any accident that is outside the range of normal human experience.

Being physically assaulted, falling from heights, electrical shock, severe burns and other extreme injuries become tied to the setting in which they occurred.

A victim of such trauma quickly associates people, equipment, settings and even time of the day with the occurrence of the injury.

They fear returning to the task that they performed due to fear of reinjury. They do not wish to return to the setting in which they were assaulted because the assailant may return. The fear working upon the same or similar tasks for fear that they will sustain additional damage.

These fears may be quite irrational, but they are also quite real to the patient.

Where we err is when we expect the patient to return to the job or a similar job just because they have reached maximum medical improvement. It is inaccurate to believe that the healing of tissue is also the healing of the emotional trauma.

The concern for emotional trauma has received increased attention in the scientific literature when it was found that a (beta blocker) anti-hypertensive medication (propranolol) is given immediately after such a trauma, the probability of developing posttraumatic stress disorder is drastically reduced.

We are concerned about PTSD not only because of the immediate suffering it creates but because PTSD can span months and years beyond the point at which the bodily injury has healed.

Quite often maximum psychological improvement coincides with maximum medical improvement, but this is not always the case, and it is highly recommend that surgeon and psychologist both know at what stage of care each sees the patient.” 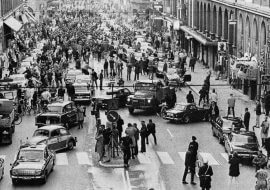 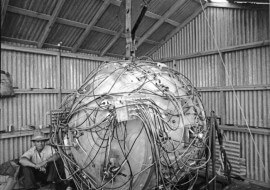 Work Ethic Most species including man have a genetic need to work and play; a work ethic. You see examples not only of mammals …
Read Blog Post