No law was broken, but I recently viewed an event in which a toddler who was not supervised by his father, ran from a store and then briefly caught his fingers in the closing door.

There was no tissue damage, but the child wailed. He wailed loudly.

The father of the screaming child then yelled at another patron who was entering the store at that moment as if it were the new patron’s fault simply because he was there.

I had watched this child sitting at a table with his father, thrashing about prior to the accident, attention-demanding, and chiefly ignored by his dad.

The store manager came forward to try to soothe the father and the boy. The father would not accept the verbal support, and, rather than remove the child from the environment, he allowed the child’s cries to continue to escalate.

An employee came forward with ice which father and son also refused. The volume level of the child’s screaming increased.

Another patron witnessing this, and having his wife and children with him, came to assist, offered the child ice cream and tried to console the father. He tried to reassure the father after looking at the boy’s hand. Again, all was refused as the situation grew in magnitude.  I believe most believed that law enforcement would be called.

I then saw the child’s hand. It was red, neither bleeding nor (as yet) swollen.

Had the father removed his child from the store, he would have been providing what is called a “Type One Cure.” When someone is traumatized in a setting, remove them from that setting and do little to remind them of the setting they have just left.

I am certain that I was not the only person there believing that the father was looking at the law for legal/financial recourse for an event that was purely accidental. and if anyone were responsible, it was the father’s, for being inattentive, and the child’s, for being disobedient.

We have a blameful society. When ill-fate befalls us, it is never just an accident. It is almost always “someone’s fault, and they are going to pay.”

For explicable, but not necessarily optimistic reasons, we have evolved into a society that has ceased to suck it up, tough it out and, instead, feel that we have recourse to the law…rather than responsibility for ourselves.

Many (most?) patients, because of the nature of American culture, believe that they must be compensated even for their own carelessness but especially if someone else makes a mistake.

Technical skills, even clinical, skills are often independent of social and interpersonal skill. Unquestionably, some of …
Read Blog Post 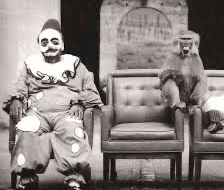