Here is a bit of irony – employers are the most vigorous in their denial of the psychological aspects of a work-injury claim. They often assert that any emotional problems certainly pre-dated injury and is not their responsibility.

Interestingly, one of the most frequent reasons why I am referred an injured worker is that he/she knows that the injury was preventable, knows that a coworker or employer was culpable and is aware that they have been denied timely and appropriate medical care. The injured worker feels angry, helpless, unsupported, fearful and frustrated.

All employers have two immediate and obvious roles in managing the workplace:

a. to prevent injuries, and

b. to respond in a timely fashion when injuries occur.

We assume that they understand the consequences of an unsafe workplace, but many patients whom I see have been injured on equipment that is either substandard and/or has long needed repair. These cost-containing attempts by the employer result in the injury of their employees.

These same employees then feel, accurately, that they have been abandoned following injury. They note that they are provided care that is brief and often designed to minimize their complaints while diagnostic studies are denied or postponed.

It is, unfortunately, not unusual for an employer to set up roadblocks so that the employee cannot file within allowed time limits, thereby insuring that the claim is denied.

The most effective injury management involves listening to the patient, not only with regard to how the injury occurred, but how he/she feels it could have been prevented, and how the employer facilitated or obstructed access to care. 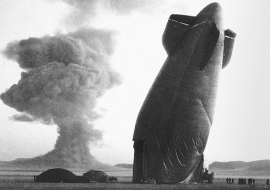 Psychogenic pain was a cumbersome and misunderstood diagnosis in the past, since it implied that the pain was imagined the …
Read Blog Post

Defining the Limits of Care

There are two types of “inadequate” psychological examinations:a. Biasedb. Incompetent And most bad exams are …
Read Blog Post

It was once believed that individuals were prone to develop anxiety problems due to problems early in life, those that were …
Read Blog Post