The Psychodiagnostic Process November 14, 2011 By Dr. David B. Adams 0 Comments

A patient has a repetitive use orthopedic injury. He is misdiagnosed as having posttraumatic stresss disorder. Treating this patient as though he has PTSD will be a disservice to him and accomplish nothing.

When he was evaluated, the focus of the examination could/should have been what occurred between his injuries?

Did his supervisor/employer cooperate with the restrictions or was the patient recurrently forced to do work beyond his capacity?

It is important to know how the patient saw his role in the company prior to injury as opposed to how he sees that role now.

Has he been subjected to ridicule and criticism due to limitations over which he has no control?

Are these psychologically disabling? Absolutely not, but they can and will dictate his comfort and willingness to be back in that job setting.

Even though he is not psychologically disabled, it is sometimes unwise to return employees to their job in any capacity due to poor judgment (or even cruelty) of the employer or coworkers.

You can create into a revolving door with him, forcing him to fall back on his physical complaints to deal with his anger toward the employer.

The more functional alternative is to determine if the employer can understand and is willing to correct his role in this problem.

One of the consistently alarming trends that I see is that following an injury, the worker is permitted care along the lines …
Read Blog Post 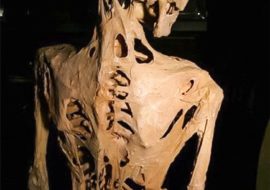 Disadvantageous: There are all manner of complications if I become ill or injured. Indeed, many things around each of us …
Read Blog Post