Often regardless of what a surgeon does for some of injured workers, it is never enough. They expect more and more, and then abandon the surgeon even after he has met what appears to be their needs.

Many injured workers are impressively dependent. Sometimes this emerges from educational deficiencies or intellectual limitations. Often it emerges simply as part of a dependent personality disorder.

They accept any diagnostic or even invasive procedure (surgery) without question or complaint.

They also absorb, like a sponge, anything anyone does for them.

Any kindness, advocacy, assistance or special considerations are immediately absorbed and appreciation is short-lived and followed by an increased expectancy for more_and more.

I observed many years ago that highly motivated patients are very reluctant to telephone the office between appointments or after hours. Dependent patients, however, quickly form a habit of between-appointment calls. Their initial appreciation soon becomes a demand to be called back, even for minor concerns.

Patients who absorb efforts beyond the-call-of-duty are most often those least likely to mobilize, most likely to somatize (report symptoms which migrate to areas other than the site of injury) and also most likely to become angered and seek a change-of-provider. This soon becomes a habit pattern.

It is very important to determine which patient is unhealthily dependent and more likely to benefit from firm limits rather than limitless accommodations. 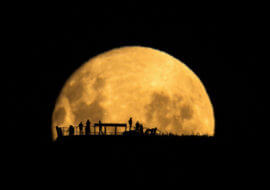 When a patient requests extend beyond that needed to recover, it is important to must know the patient’s expectations …
Read Blog Post