The Patient Who Lies 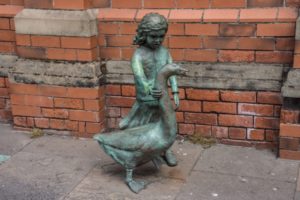 Lies: Everyone is, or should be, concerned about inappropriate claims. They are, today, a major aspects of problems not just in workers’ compensation. As many as one-quarter of all claims have an aspect of impropriety. The possible causes, include simple misunderstanding, honest mistakes, context of injury, employee anger and resentment, unscrupulous doctors, and outright deception and malingering (fraud).

The original inter-relationship between employer and insurer has now become subdivided to include doctors as a third component. Quite often, doctors and insurers, doctors and employers as well as doctors versus other doctors are not on the same page.

Patients are shuffled among offices, return too frequently for care, care is extended over very long periods of time with protracted periods of workers away from their job…and the workforce.

An example is offices that require that the patient come each week for medication refill. There is no true justification, other than being able to bill more for services. Another example, is placing a patient into multiple treatment modalities because that particular office has these services _for sale_ on site.

Initially, the patient sees his/her injury as a temporary burden. The injured worker believes, and impatiently, awaits the several days (or weeks) to return to work. But as he is shuffled between practices, with attendant delays in scheduling, he begins to adapt to this new sedentary role. He arises later, lays around and watches television, smokes more, eats more, and may drink more. General health declines.

The longer he lies around, the more the focus becomes upon what financial reward he will receive. He begins to see himself, and seek doctors who see him, as having a partial but permanent disability.

If you look at the history, intent and course of the concept of workers’ compensation, we have strayed quite far from the original and lofty goal.

“Many injured workersare obese. This does not help them as far as their back pain goes. Some are depressed. A worthy …
Read Blog Post

A very difficult problem: there is a doctor who diagnoses and treats a questionable post-injury condition. The doctor uses …
Read Blog Post