The Psychodiagnostic Process September 13, 2011 By Dr. David B. Adams 0 Comments

As I have often stated, the workers_ comp system is ill-equipped to deal with those of above average intelligence, greater than high school educated, highly motivated, in great physical pain and understandably depressed.

For such people, the workers_ compensation system is a quagmire.

Everyone, to them, seems bent and determined to label them as manipulative, exaggerating and attention seeking.

However, these white collar workers, who are involved in work-related injuries, are placed in an environment that is not designed for them.

These are individuals who are used to private care, selecting their own physicians, who are considered good patients and most of all are treated with respect.

Now that they are injured, they sit in crowded waiting rooms, ordered to see doctors who, to them, feel largely cold and indifferent, and seldom-if-ever does anyone attempt to explain to them where treatment is going_or why.

Throughout the years, such patients have referred to this process as _I don_t belong in this system_ or _this system was not meant for me_ or _why do I feel like everything thinks I am after something?_

My experience has been that the honest and motivated patient is in a disadvantageous position.

I suggest that if the patient is a well-educated one that the unfairness and unsuitability of the workers_ compensation system is most likely to leave them feeling weak, futile, helpless, hopeless_and, ultimately, depressed.

Betrayal Of The Patient

Aside from anger, fear and depression, there are other specific negative emotions that impact injured workers during the …
Read Blog Post 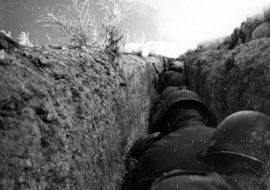 “Trust and Recovery” “The dictionary definition of “trust is an assured reliance on the character, ability, strength, …
Read Blog Post

There are times in which care should be discontinued: a. When the patient has benefited, is at maximum improvement and further …
Read Blog Post