Closed head injury can be a significant and serious concern, but quite often there are other factors, and more accurate diagnoses, are not being considered.

Individuals with uncertain occupational future may have periods of confusion, irritability and even uncharacteristic swings of mood and displays of temper.

_Somatizing_ (Cf. somatoform disorders) individuals (those who convert emotions into bodily symptoms) can and do falsely believe in their symptoms in the confirmed absence of any physical problem.

Humans are highly suggestible. If someone asks a patient repeatedly if he/she is having memory problems or problems with concentration, this redirects the individual to self-examine such symptoms.

As you know, some patients become obsessively preoccupied with even minor symptoms. They become fixed in their belief that they have a condition even though all diagnostic studies have been negative.

Before assuming that all of a patient_s symptoms are due to brain trauma, be certain that they are evaluated for other factors that could give rise to identical symptoms.

Psychogenic seizures are those that are believed to have a psychological basis. I saw a patient recently who has had “seizures” …
Read Blog Post 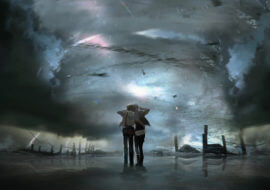