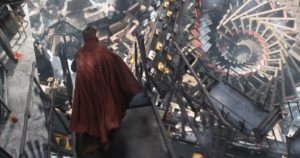 First, obviously you must consider all threats credible. Dangerousness has always been very difficult to predict. However, there are some factors to bear in mind.

As with suicide, if the person distortedly perceives that their situation is somehow improved by aggression against someone else, the probability of an attack is increased.

If the person perceives that others see them as weak, powerless, and ineffectual, this can motivate them to demonstrate there _power_ regardless of consequences.

An individual with past criminal history who is already familiar with the judicial system and defending themselves within it, are more probable to see their aggression as something for which they will not ultimately be punished.

If the injured worker sees his plight as hopeless, and believes there is nothing to lose, then the probability of an aggressive act is higher especially among those with history of such things as domestic violence.

There is a final thing to consider: The threat of violence can be a powerful manipulative tool to gain control just as the threat of suicide can be. While both must be taken seriously, there is always a high probability that the threats are manipulations used to control the direction of their _case._

I recall a patient who tore up my office in what his attorney called _psychotic depression._ The reality is that he did not receive the settlement offer he had expected, had gone home and beat his wife and now needed to appear psychotic so that he would be hospitalized rather than punished.

You need to be aware that even people who would not follow through upon a threat can still create chaos in your life.

A competent psychological exam is intended to provide a very complete summary of the patient, what factors make this patient …
Read Blog Post 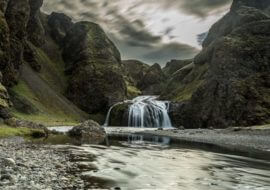 Foundations: If one out of ten patients have what today is called a personality disorder (years ago, it was called a characterological …
Read Blog Post