The Angry or Enraged Patient

Anger can be a predominately male defense against expressing the true feelings of fear and futility. Anger is an effective means of burying _what am I going to do now_ since responsibilities continue even when productivity is temporarily halted.

Additionally, after injury, it is not uncommon to hear that the employer asked the patient not to report the injury and have it treated under general medical insurance. There are instances in which the employer neither calls an ambulance nor assists the patient in getting to the ER. Of even greater concern are those cases in which the patient is told to continue to work even though clearly in need of medical attention.

The quality of care can be problematic. There may be long distances driven in order to secure care, followed by hours in waiting rooms, brief visits and no significant feedback.

Thus, we may see numerous and justifiable reasons for injured worker anger. The problem is that this is rarely addressed. The patient is x-rayed, medicated, sent to P.T., and everyone notes that he/she is angry if not enraged.

Whenever a patient is felt to be angry, the most effective action is to insure that someone spends time with the patient to determine the source of the anger and potential resolution. 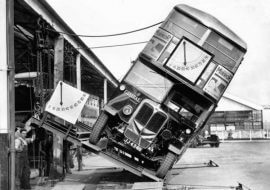 Persistent & Severe: “There are some terms that continue despite their not being accurate descriptors. A “cold” …
Read Blog Post

Allow me to very briefly to break down the three types of depression that one is most likely to see following an injury: …
Read Blog Post