I would prefer to believe that there are not _sides_ doing battle but that you are providing mandated care in an attempt to provide as much relief to the employee as possible.

Most of us have seen patients who express profound appreciation for psychological care provided at some point during the course of their injury. They feel it helped them navigate through all that they confronted.

These well intentioned patients also may state with great certainty that they wish to remain in care long after benefits have been exhausted, _even if I pay out of pocket._ However, soon after closure occurs, they cease to schedule return appointments.

This is not surprising: During the course of injury related treatment, they have exposed and discussed many conflicts and aspects of their lives which they would prefer now to set aside.

The offering of open-psychological is more of a symbolic support for that which they have had to deal, but it is consistently found that remarkably few make use of this care-after-closure.

Dealing with these people who fake or exaggerate their physical injury is a disheartening experience. But are are these the …
Read Blog Post

The Downward Spiral of Narcissism

From the time we are in the crib and examining our own fingers and toes, our fascination with ourselves spans the ~8 decades …
Read Blog Post 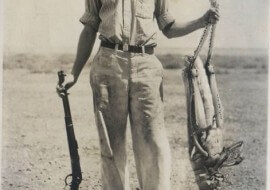 Authorization I would like to discuss authorization-for-care as a general topic; both delayed and denied authorization. “Learned …
Read Blog Post