Fibromyalia is one of several “diagnoses” that concern many of us who have examined such patients and their families.

A conference on this subject was reported in the May, 2000, issue of the Journal of Rheumatology.

Nine years of litigation over putative fibromyalgia said to be caused by a minor accident has yielded little satisfaction for any participants in the conference. One side insisted it is quite real; the other side stating that it exists to bolster legal claims and compensation.

The Comprehensive Pain Program in Toronto, Ontario, Canada report on the experience of a family of six who began to report similar symptoms following consultation with a lawyer 5 months after a minor rear-end motor vehicle accident.

Seven years after the accident, a “noted expert in chronic pain” diagnosed the entire family with fibromyalgia. That expert attributed the delayed onset of symptoms to fibromyalgia, explaining that “this disorder does develop over time.”

Six years after the accident, one of the clinicians examined the family, noting “a striking similarity of body pains and symptoms…in all family members.” The diagnosis was pain disorder associated with psychological factors in the context of a dysfunctional family and in the setting of an emotionally charged legal battle, the report indicates.

One of the other clinicians in the group examined the family 8 years after the motor vehicle accident. According to the report, “he concluded…that much information was feigned, distorted, or concealed by the family members in the context of the pending litigation.”

“After more than 9 years of legal battles,” the report indicates, “the settlement, at less than 10% of the original claim, was consumed in legal bills.”

The issues of disability arising from fibromyalgia, as well as the relationship of fibromyalgia and trauma…are highly controversial, and this is also the case, with the concept of ‘acquired brain damage’ after minor accidents (even in the absence of head trauma or even loss of consciousness).”

“This case illustrates the complex interplay and contributions of psychoemotional/socioenvironmental factors, litigational factors, and the medical system,” the authors conclude.

“All the usual villains are here: society, psychosocial status, psychological status, the legal system, unthinking medical experts, and a diagnosis of fibromyalgia writes on researcher in a related editorial.

Based on the available evidence it is difficult to link fibromyalgia to trauma. “There are few useful scientific data regarding fibromyalgia and trauma. The reliability of our assessments of disability is poor.”

“But the case…serves to illuminate the incommensurable and often incompatible values and outcomes found within the litigation process. The long, 9-year case…should make us all think about fibromyalgia and the law, and may make it just a little bit less likely that another such case will happen.” 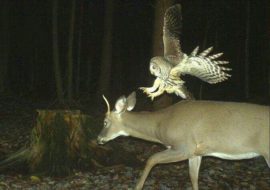 To share medication: Patients may have a range of adverse reactions to various medications. If there is pattern of expressed …
Read Blog Post

Just prior to Thanksgiving, a patient _turns sour._ He is doing very poorly, calling repeatedly with uncertain and nonspecific …
Read Blog Post

Incompetence is considered a form of impairment; not in the sense of disability, but in the sense that the doctor is unable …
Read Blog Post