Somatic Symptom Disorders (psychological conflicts presenting with physical complaints) are common among individuals who are disabled. It may arise from fear or arise concurrent with depression, and it prolongs the recovery from illness and injury.

When an individual has vague, multiple or nonresolving physical complaints in the absence (or in excess of) diagnostic findings, then a somatoform (type of Somatic Symptom Disorder) disorder is suspected. A psychological consultation is then needed to confirm the existence of a somatoform disorder.

A serious obstacle to diagnosing and treating somatoform disorders is the patient’s entrenched belief that there is a physical problem in the absence of findings to confirm that belief. Thus, they are strongly resistant to a psychological interpretation of their physical complaints.

Compounding this further is our fear that the patient may have an undiagnosed physical problem. So we put the patient’s through tests that span months if not years before suggesting to them that there may be a psychological explanation.

In all of these examples, the physical symptoms suggest a medical condition, but in the absence of objective clinical findings, the disorder is judged to be not physical but Somatoform. The disorder resembles a physical problem. The patient, however, either does not have the disorder or his/her symptoms are markedly more extreme than would be indicated by the physical findings.

While the symptoms in all of the Somatoform disorders cause impairment in social or occupational functioning or create significant emotional distress, the complaints are not fully explained by the objective physical findings. It is as though the patient is perceiving that there is an illness or injury despite data which would ordinarily be reassuring that the problem does not exist or is certainly less than the patient fears.

In medical clinics, the most commonly seen of the Somatoform disorders is Somatization Disorder. In the history of psychology, this was often referred to as “hysteria” or “Briquet‚Äôs Syndrome.” It is characterized by multiple symptoms involving pain, gastrointestinal, sexual and pseudoneurological complaints. The complaints begin before age 30 and extend over many years. The patient often has a complex medical history of shopping for diagnoses and endless series of laboratory and radiologic studies.

Hypochondriasis is a disorder with which most people are familiar. The hypochondriacal patient is preoccupied with the fear of having a serious disease. This preoccupation is based upon the patient‚Äôs misinterpretation of bodily functions and despite reassurance, the patient clings to these irrational beliefs and the consequent repeated accessing of health care. Hypochondriasis is a somatoform disorder that involves the preoccupation with the idea that one has a serious disease based upon misinterpretation of bodily symptoms. Despite reassurance from professionals that there is no disease or disorder present, the hypochondriacal person maintains this unwarranted fear. The person is not delusional; they realize that, indeed, there may be nothing wrong, but their preoccupying fear that there bodily functions suggest some undiagnosed condition. Work and relationships are disrupted by this preoccupation.

The preoccupation may arise from minor abnormalities, misinterpretation of normal functioning or have vague complaints which defy adequate examination. In some cases, it is the fear of a specific problem such as heart disease, and the individual will seek repeated confirmation from studies and examination that they are, in fact, not ill. Some believe that between 5 and 10 percent of those seen in general practice have symptoms of hypochondriasis. Those with good insight often are able to understand why their fears have arisen and to resolve them. For others, the hypochondriacal complaints may be chronic and continue without change.

Pain Disorder does not mean that the person has no biological reason for pain. It suggests that there are psychological factors that appear to have contributed to the onset, severity, maintenance or exacerbation (amplification) of the pain. That is, the individual may, indeed, have a valid reason for the pain, but the individual’s pain may be worse in association with life events and/or internal emotional conflicts. In (somatoform) pain disorder, it is important that the patient be assisted in determining what factors play a role in the experience of the pain. This may include the way in which they and others respond to their complaints of pain. In order for there to be a diagnosis of pain disorder, the pain must disrupt social and/or occupational functioning. An example of such a disorder would be an individual who sustains a back injury during the course of financial difficulties arising from a divorce. Perhaps it is noted that the pain is more severe when resolution of the divorce or the financial situation is expected of the individual. In such a case, we would be concerned that the pain is being amplified by these external factors.

Conversion Disorder is a somatoform disorder that involves motor or sensory problems that would “suggest” a neurological condition. Psychological factors, however, can be shown to be associated with the onset or worsening of symptoms. The most commonly seen examples are the conversion paralysis or conversion blindness in which the patient resolves an underlying conflict (“primary gain”) by the unconscious use of the symptom(s).

There is a somatoform disorder, however, referred to as undifferentiated somatoform disorder in which the patient may have concurrent conversion, hypochondrical and somatoform pain symptoms. In order to diagnose this disorder, we assume or demonstrate that the disorder is disruptive to occupational and/or social achievement. In each disorder, even the undifferentiated variety, we are assuming that there is either the lack of any physical findings or that the physical findings are insufficient to create the distress and symptoms that the patient reports. However, since there are physical conditions whose source can initially be obscure, consideration is always given for the potential for a missed organic (physical) diagnosis.

Body Dysmorphic Disorder is a somatoform disorder characterized by an imagined defect in appearance or excessive concern or preoccupation with a slight physical defect. The person with body dysmorphic disorder is distressed to the point where social, occupational or academic functioning is disrupted. Patients with the disorder are continually checking their appearance and occupy significant periods of their days examining themselves. Others become so distressed that they avoid examining themselves in the mirror in an attempt to decrease their sense of distress. They may attempt camouflage and/or becoming markedly socially avoidant.

There are two important differentiations which must be drawn in diagnosing somatoform disorders. The somatoform patient, unlike the patient with factitious disorder, is not seeking to maintain themselves in the role of the patient. He/she is not consciously aware of the psychological factors which are in operation. By contrast the malingering patient is, like the factitious patient, consciously creating the symptoms, but in the case of malingering, the goal is not to maintain the role of the patient but to secure an end goal, often financial.

Repeatedly, I have had cases in which the patient is very dramatic about their symptoms, almost as though performing in front …
Read Blog Post 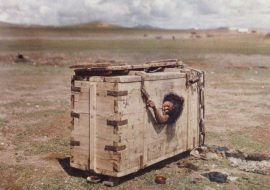 Naivete: He refuses MRI and CT scan saying that he would prefer not to know. A patient was referred to me who had completed …
Read Blog Post 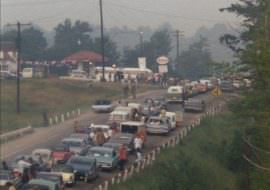 There is a top 10 list of concerns among injured workers which I can paraphrase: I have a GED, and they believe I …
Read Blog Post