Tourette’s Disorder is a tic disorder in which there are multiple motor and one or more vocal tics present during the course of the disorder. The motor or vocal tic need not be present concurrently. The tics often occur in bouts almost every day and for a period of greater than one year. There are no tic-free periods exceeding three months in order to be diagnosed with Tourette’s Disorder. The onset is before the age of 18.

Chronic Motor or Vocal Tic Disorders begin before the age of eighteen and are recurrent, involuntary movements or vocalizations over which the individual appears to have no control. It is usually diagnosed when the behavior has been present for at least a year and during which time there has been no period exceeding three months when the problem was not present. The onset is prior to adulthood and is not caused by another disease process or substance abuse. The person is most often distressed by the symptoms and social/occupational functioning can be impaired. There are psychological and medical approaches to treating a motor or vocal tic disorder.

Transient Tic Disorder may occur many times per day, nearly every day for at least four weeks but no longer than 12 consecutive months (at which time they would be considered “chronic.” A transient tic disorder obviously may cause impairment in social and/or occupational functioning and is not substance induced or the result of some disease process (for example, Huntington’s Disease). The onset, as with chronic motor or vocal tic disorder, is before the age of eighteen, and can involve single or multiple motor and/or vocal tics. These may be rapid, recurrent, nonrhythmic movements or vocalizations.

Any form of Movement Disorder is very disruptive to the individual and those around them and are one of the most difficult disorders to treat. 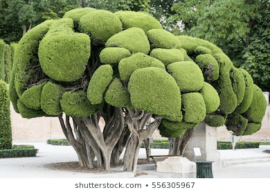 Nurturance:  Under the guise of kindness, too much nurturance can undermine patient care. Anyone put in a patient role can …
Read Blog Post