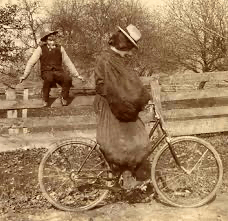 “When a private patient is referred, the limitation on the number of visits may be set by the health insurance carrier, but most often is unlimited.  Approval is diagnosis-dependent and includes both situational (marital, occupational) problems and the emergence of enduring long term problems (major depressive disorder, anxiety disorders, addictive disorders, etc).

In the case of workers’ compensation, the patient is often someone who would have never elected to seek psychological care had it not been for the injury.  Some of the problems are uniquely different:  enduring physical limitations, chronic pain, anger/frustration, financial problems or discord in the family regarding the changing roles. Obviously, these problems also occur in the private patient population, but the difference is that treatment is spontaneously sought by private patients, who do not perceive the need for care as a social stigma.

There is no co-pay in workers compensation, and to a great extent, there is no accountability to the treating psychologist.  Rather than weekly visits, the injured worker is seen every 2-4 weeks, and treatment for non-injury problems, although needed, is not provided.

In workers compensation, there are two agenda apart from resolving symptoms and conflicts:

a. Does this patient, who ordinarily would not seek psychological care, have the capacity to benefit from treatment

b. Are the (very real) psychological problems arising from injury being offset by secondary gain (decreased responsibility or increased value of their claim).

If we prescribe 10 initial visits (and many complete in 4-6), then the clinician can assess whether the patient can make, and has made, reasonable progress. It may then be recommended that the patient remain in care toward the time of settlement of their workers’ compensation claim.

If it is, from the onset, left open-ended, and care is frequent and extends indefinitely, there is a blurring of the boundaries.  Is this truly injury related care or has it become a dependent relationship or justification for non-recovery?

As with physical therapies, there is an observable point at which the patient can benefit further or is at MMI.  The MMI patient may demonstrate this by forgetting appointments, arriving late, canceling appointments, or simply failing to reschedule unless prompted by case manager or counsel.

It is far preferable, and clinically appropriate, to put limits on initial care until it is clear that treatment is structured and productive.

There are two forms of psychological overlay: [LIST][*]Injuries that result in a mood disorder such as major depressive disorder …
Read Blog Post