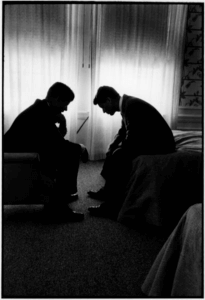 “Self-Diagnosis: Trust the Patient”  At times there appears to be a sprain-strain yearbook in which the subjective complaints of the patient are set aside.  Only objective findings are pursued.  In the absence of these objective findings, there is little if any credibility accorded to the patient’s fears that “something is really wrong, and they’re missing it.”

Most patients fear that the true problem will be missed and worsen without treatment, while concurrently hoping that the problem is minimal.  This ambivalence over self-diagnosis is easy to understand.

One internist had a novel means of both assuaging patients’ fears and encouraging their confidence.  He had a woman in his office who had difficulty breathing, felt extreme fatigue and diminished appetite.   After listening to her chest, he ordered an X-ray and put the film on the box for both to view.  He asked her what she thought was the problem and what she feared might be the problem.  She replied that she thought that this might be pneumonia and that she feared the diagnosis would be missed, and she would become more ill. He replied that she was entirely correct that it was pneumonia and could be easily treated and then outline what would be done.  She left feeling reassured, but also respected.

Contrast that with the injured worker (self-diagnosis) who tells the nurse practitioner that he is certain there is something seriously wrong with his shoulder. He feels that it is worsening, that he needs surgery, but that all of this is being minimized and dismissed.  He is told that there is no evidence of this being more than a minor shoulder sprain.  He leaves feeling demeaned and more concerned.

It is always easier to rely upon what can be documented by many instead of what can only be felt by one. The science of medicine is no exception.

Relying upon physical exam and studies to the exclusion of understanding the fears and apprehensions of the patient only reinforces that fear.

After thorough workup, most patients are comforted in also knowing what their symptoms do not indicate.

For instance (and in writing – extremely important):

“Your shoulder x-ray/MRI does not show a tear, fracture, or acute injury.

It does indicate the wear-and-tear that occurs after the age of 40.

We do not notice gradual and normal changes until we do more than our shoulder is accustomed to performing.

This is not something that surgery can correct and would probably worsen.

But if you faithfully comply with the physical therapy, take your medications as scheduled, and follow your temporary restrictions, you should improve.

Call me if your pain suddenly become sharp and burning.

But it is normal to hurt when you overdo it.

When that happens, do these exercises (give a diagram), take (OTC med) and give yourself a week to return to normal. 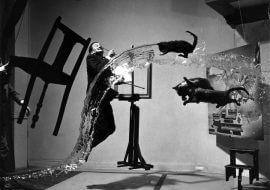 Contradiction “We read two of your consultation reports last month.  One said that the patient lost 20 pounds which was …
Read Blog Post

There is no doubt that some injured workers are mistreated. They do not receive approval for diagnostic studies, treatment …
Read Blog Post