Fakery: The diagnosis of posttraumatic stress disorder (PTSD) is rather straight forward; it is not that difficult to diagnose 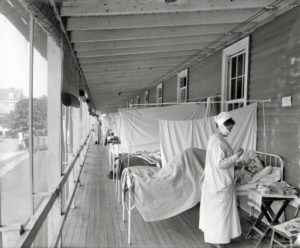 , but equally true, it is easy to fake.

Malingered PTSD and its detection has been researched for almost two decades.  PTSD and ADD are the two most commonly faked psychological conditions.  But, in reality, many emotional disorders are rather easy to falsely report, whether invented and/or exaggerated. Some degree of symptom exaggeration occurs in 39% of mild head injury cases, in 30% of disability assessments, and in 29% of personal injury cases.” (Mittenberg W et al., J Clin Exp Neuropsychology 2002; 24:1094-1102).

The reasons to feign mental disorder are not obscure:  financial rewards, disability claims, avoidance of duty and escape from prosecution are among the most obvious.  Almost anyone who reads the diagnostic criteria for PTSD can rather easily fake those symptoms. Now there is ongoing research for a blood study that may support the diagnosis of PTSD and, ideally, lower the rate for malingering of the disorder.

One of the problems is that diagnoses are often made on the basis of a one-time examination which may include little more than asking if a patient has specific symptoms.  The patient may not be seen again, and care may be referred to another clinician.

Here is an interesting aspect about fakery:  if a patient, who is faking symptoms and signs of PTSD, is referred to another office for care, should not the other office be able to detect that the symptoms are not valid and the patient is manipulating?  There is an old adage that says `”There is little doubt that patients can malinger, but there is much doubt that doctors can detect when they are.”

Decades ago, patients would present in the ER with complaints that sounded like kidney stones in order to receive a narcotics injection.  They would even ensure that there was blood in their urine.  People can be highly creative in the most questionable of ways.

One of the means of detecting the malingering of PTSD is noting when a patient provides symptoms that are little more than quotations of what books describe as a symptom:  “I have nightmares of the event…I have intrusive recollections…I have phobic avoidance…I have an exaggerated startle response…” etc.  Would that it were always that easy.  The reason for the diagnostic symptoms is that, in PTSD, the symptoms are quite consistent among patients.  Those trying to malinger are aware of that. They need only rehearse.

There is yet another problem with fakery.  If the clinician is not duplicitous in this fabrication for financial gain, that practitioner should want verification from other clinicians that s/he is not being duped by the patient. Unfortunately, some clinicians feel that a contrary opinion is an insult and an affront to what they feel are their clinical skills.

There was a time when the trauma giving rise to the disorder had to be “outside the range of normal human experience” with rape or torture as clinical examples.  That criteria is not currently used, and in the psycholegal arena, patients are “free” to falsely report PTSD as a means of fortifying a legal action.

So, in summary, while the diagnosis of posttraumatic stress disorder would appear to be a rather straight forward diagnosis, it is the obvious presentation that opens the door to suspicion.

There is a diagnosis (316.0 Maladaptive Health Behaviors Affecting Physical Condition) which addresses the self-abuse through …
Read Blog Post 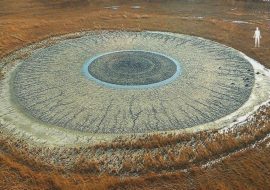 Domestic Injuries:   Several years ago, I had a patient who had fallen greater than 20 feet from a roof he was repairing. …
Read Blog Post

The majority of injured workers, especially in Georgia, come from _industrial_ jobs which include the construction industry, …
Read Blog Post