Opiate: In a complex fashion, should a patient decide to take a “drug holiday” and determine if s/he can function without or with less medication, then a mandated drug screen could “suggest” that the drug is being diverted (sold or given away).

I had a patient on oxycontin, young man in severe pain.  He was suddenly imposed with restricted access, and the pharmacy he was using told him that they could not obtain the drug.  He telephoned the pharmacy in the parking lot, did not identify himself, merely told them he had a prescription, and they assured him they could fill it from the supply on hand.

Concurrently, his prescriber set new requirements for him to obtain a refill.  He attempted to protest and was threatened with expulsion from their practice and told “once we do that, no one will see you.”

Prescription opiate abuse is an epidemic.  As a result, signed agreements between clinician and patient as to how the medications will be prescribed and how they are used has become a wide spread requirement.

These agreements date to the 1980s and were to be used as educational instruments to help patients understand risks and benefits, and the goal was to insure patients adhered to the treatment plan.

But these contracts have evolved over the years.  They now have more than a flavor of legalese involving the clinician’s legal risks.  Concurrently, they communicate an inherent mistrust of the patient that erodes the clinician/patient relationship.  This does much to erode the original goals of education, and emphasizes the power differences between doctor and patient.

A patient-centered relationship in which decision-making with regard to opiate use is a shared responsibility is negated by a paternalistic and self-protective written agreement. More importantly, there is reason to doubt that such agreements have resulted in a decrease in abuse of the medications prescribed.

Yet, there is another, and more important concern, for the patients dismissed from a practice for seeming noncompliance with the written agreement.  Once a patient is dismissed from a practice, access to care is now very difficult. The patient may see non-prescription drugs as the only viable alternative.  Concurrently, depression and desperation may put the patient at increased risk for suicide when placed in a situation in which they now believe themselves to be helpless and without advocacy.

Back Pain and the Brain

A study indicates that chronic pain affects overall brain function, which may explain many of the common cognitive and behavioral …
Read Blog Post

“For greater than 30 years, there have been impaired physician programs. But would a physician report a colleague who …
Read Blog Post 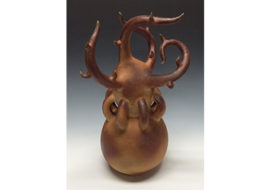 No law was broken, but I recently viewed an event in which a toddler who was not supervised by his father, ran from a store …
Read Blog Post