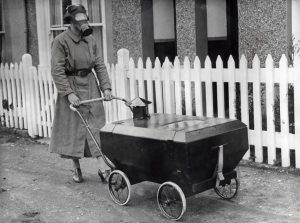 Marriage has become a transient in the lives of many. And while there are several reasons why marriages are terminated, infidelity must be considered a high ranking factor:

Infidelity is unlikely in the first year of marriage, but after five-to-seven years, relationship may have run their course, and there is the seeking of other options.

Equally as important, relationships are altered by the birth of the first child. It is now no longer a couple. It is a family, and acceptance of that structure is oppressive to some.

Additionally, at midlife, there are those who feel like life and its options are becoming narrower. The job, the home, the family are known, and for some, these are unexciting monotonies to be followed by retirement, old age and death.

Men cheat primarily for physical intimacy outside the marriage. This is furthered by the perception of some males that their wife has lost physical appeal after childbirth, and wives are now seen as maternal-non-erotic beings. Physical contact becomes routine/monotonous.

Not to be dismissed is the corollary male perception that a new physical conquest is a challenge, exciting, and verification of what may be felt as waning masculinity.

Particularly for women over 30, the reason for infidelity is more emotional and not primarily physical at onset. They seek emotional affairs, and such emotional attachments can span years without becoming physical. Husbands feel their physical needs are no longer satisfied and/or satisfying, but whether staying at home or in the workforce, women may feel emotionally isolated. They are as disappointed as their primarily physical-seeking spouse.

In the case of illness and/or injury, there are key issues that are overlooked by those treating the patient:

Finally, should this now problematic marriage decline and terminate, upon whom can the patient rely during rehabilitative and/or post-surgical needs?

Here is a summary of FDA statistics and decisions. “Prescription drug misuse now rivals illicit drug use as a cause …
Read Blog Post

Many injured workers seek outdoor employment because they feel they must be in the sun and fresh air. When offered indoor …
Read Blog Post