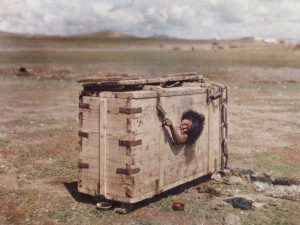 Naivete: He refuses MRI and CT scan saying that he would prefer not to know.

A patient was referred to me who had completed surgery, chemotherapy and radiation.  His wife and his oncologist were very frustrated that he was declining a followup CT scan to determine the status of the tumor.

The patient told me calmly that he would prefer hoping that he would not die rather than have knowledge that he was going to die. He went on to explain the uncertainty of his life was far preferable to the guarantee of death.

This is quite rational in a very irrational way and a sign of both naivete and ignorance.

A patient presents at the emergency department assuring himself and the family that he was unquestionably having a heart attack.  He is all but disappointed when told that these were symptoms of an anxiety disorder, most likely panic disorder.

Another patient has substernal crushing chest pain radiating to his left jaw and arm and is certain that this is nothing more than indigestion.  Ignorance: He declines to explore matters further.

Patients know that pain is a signal.  They know neither the cause nor the implications of their pain.  They know that it happened at home, or at work, and that it was likely associated with “moving…twisting…lifting..bending…pulling…the wrong way.”  They want relief but not necessarily information as to the cause and seriousness of their complaint.

I routinely (this means always, by the way) ask patients as to what they know about the damage to their shoulder, neck, back, or knee. It is clear that they have retained several terms but not what the terms imply with regard to care or permanent and partial disability.

I also routinely ask whether therapies, injections, medications or surgery changed their subjective experience of pain.  Interestingly, most often the replay is “not at all” or “no, now it is much worse.”  But still, they do not appear interested in the cause of that pain just as they most often have very little understanding or interest in what conservative or surgical care was intended to address.

Myself:  “What surgery did you have?”

Myself: “Do you have information on what type of back surgery.”

Patient: “Sure…I had surgery to a disc or two.”

Myself:  “Were you told that you had a discectomy or laminectomy?”

Patient:  “That sounds about right.”

Myself: “But you are saying that you still have pain after this discectomy or laminectomy?”

Myself:  “Has anyone told you why you have pain from this procedure?”

Patient: “Not sure, can’t recall…guessing it is from the plates and screw and stuff.”

Myself: “Then you had a fusion?”

Patient: “I did? What the hell is that?”

It interests me that the same patient is more likely concerned by the accuracy of Google Maps and is the first to ask someone if he is not getting where he wants to go.

Years ago, Vice President Quayle noted that “a mind is a terrible thing to lose.” 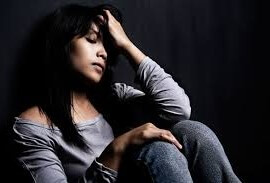 The very nature of an injury, and the ensuing course of care, often does not inspire the patient’s confidence. Aside …
Read Blog Post 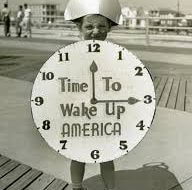 The effect of specific psychological problems should be expected when an individual loses part of his/her body in an accident. …
Read Blog Post