“Prepared” ….if I had paid attention…if he had known what he was doing…if I could do it all over…if only I had known…

If you expect the very worst from life, you are a pessimistic; totally no fun and likely no one will hang out with you.

Then again if you are eternally optimistic, and your world is flowers, puppies and kitties, people see you as delusional…and they still will not hang out with you.

However, if you believe that no matter how kind, giving and caring you are, something is bound to go wrong, very wrong, and you must be prepared for that. That is called being realistic.

The injury patient wants to be optimistic. The lament of the injured patient focuses upon wanting to un-do the accident to which s/he has befallen and that often entails an endless wishing to go back in time, leave early, leave later, take a different route, use a different tool, keep an eye on the parking lot, watch your workers and…simply deal with an injury by insuring it never happened.

Clearly safety standards and safe practices are designed to keep you from harm. Protective equipment, hypervigilence and not texting while you attempt to defuse an IED would be steps in the right direction. Unfortunately, accidents befall even the most cautious somewhat independent of being prepared, but there is no question that they are minimized by that sense of being prepared.

And when that accident occurs, and when that injury is sustained, you must not only be prepared for (and compliant with protracted) care, but you must also accept that one is never fully prepared and often health never fully restored.

Interestingly, during the course of treatment, it is rare for the patient to be told by anyone that “you need to begin to accept that your condition may not improve…that this may be your future, this is the way things will be going forward.”

Accidents can be the result of deliberate acts (such as assault), the result of carelessness (safety equipment not fully functional) or unavoidable acts of nature. The conspiracy of all three has a high probability of impacting the individual at one or more points in the course of life.

This is the psychology of recovery, and recovery may not be complete; it may often be markedly compromised. 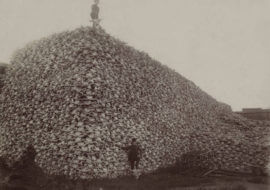 ”The common response when first meeting someone is “and what do you do?”  Although the temptation is to reply “well, …
Read Blog Post

From a psychological perspective, there are occupations that represent the lowest probability of return to work. Many construction …
Read Blog Post

Concerns for Fakery Fakery: The diagnosis of posttraumatic stress disorder (PTSD) is rather straight forward; it is not that …
Read Blog Post