The Psychodiagnostic Process April 20, 2018 By Dr. David B. Adams 0 Comments 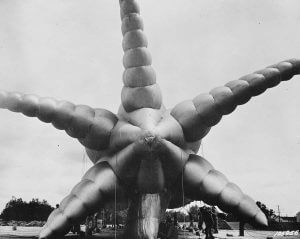 Broken –  Allow me to present a case example: A young adult male became disabled after he sustained a cervical injury in a work-related fall.

He is now clinically depressed, and since he is unable to work, his days are empty and, to him, meaningless.

This appears to be a straight forward major depressive episode following a severe injury, and well it may be. However, a careful history in most cases indicate a more complex situation, and our path to understanding is broken.

In the month prior to injury, the man had increased his workload to 60+ hour weeks, added a second job, and had enrolled in a new educational program. It was learned that he was also planning to open a bakery and an art gallery and had several other projects for which he had been seeking funding.

This behavioral pattern indicates that undiagnosed bipolar disorder may more accurately describe his problem and what treatment would be indicated.

However, it was also determined that his brother was now serving jail time for polysubstance use and sales. He had been giving the patient methamphetamines prior to injury and narcotic pain killers after injury. So now we also have to investigate the role of drug abuse in the patient’s clinical presentation.

Just prior to his injury, it is learned, that he was arrested for theft by conversion, and it is suspected that this was to create income to cover expenses and drugs. Concurrently, he is legally separated from his wife due to discord over his recurrent infidelity.

On a form completed at the pain treatment center, there was a question that asked if he had any family, social, legal or psychological problems to which he had checked “no.”  Followup interviews were broken and not consistently performed.

We have long believed that the lifetime prevalence of mental disorder is in the range of 1 in 5 adults. However, new data (JAMA 1/2013) suggests that we underestimate the true incidence of psychological disorder in our patients. While they will often be quite accurate in providing a past history of medical problems and surgeries, they appear to have forgotten their symptoms and signs of emotional and behavioral problems.

Treatment that fails to recognize the complexities of the patient and his/her life will likely be protract4ed treatment and arguably non-productive treatment.

Often case managers and physicians will say “I wish he/she had an attorney and would stop continually bothering me.” …
Read Blog Post

Cruel But Not Unusual

In my practice, I see closure (MMI release) that, to the patient, seems to be needlessly postponed. Equally as often, my …
Read Blog Post 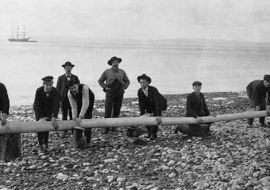 A patient can have a valid disorder yet still be malingering (falsifying complaints for purposes of tangible gain). Malingering …
Read Blog Post