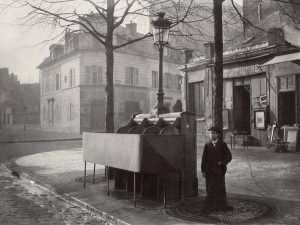 “Disobedience” :  $290 billion is the estimated cost of medication to the US healthcare system each year.

In a study of over 240,000 patients who were given a new prescription for an antidepressant, less than 30% were still taking the medication 6 months later. It is one of the most pressing issues in healthcare today. This was once called non-compliance, and it is now called “adherence.” Why the change? Well, compliance is a paternalistic concept where someone speaks and you comply. It is akin to servitude, and this is no longer politically correct. So research now focuses upn why people do not adhere to prescribed medications.

“Compliance” implies that patients are passive actors in managing their chronic conditions. “Adherence,” according to the World Health Organization (WHO), suggests just the opposite: that doctors and patients team up to help patients actively engage in maintaining their health.

Research on adherence has some very interesting findings, and one thing is certain: Different patients have different reasons for their non-adherence or disobedience.

A very real concern is that even with cooperative patients:

What has proliferated with both pain and depression is that patients are seen briefly and prescribed medication for depression which is then repeatedly adjusted in subsequent followup brief appointments. Surplus medication accumulates in drawers and medicine cabinets and antidepressants can be a very lethal means of self-harm. Unless adherence is assured, dispensing the medications as a primary treatment for depression becomes a notable concern.

At one level, sexual dysfunction following injury, can be a simple problem, but globally it is actually quite complex. In …
Read Blog Post

For many in case management, they have difficult with what is often a _hunch._ They suspect that an injured worker is not …
Read Blog Post