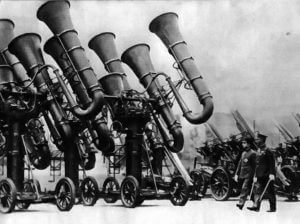 Psychopath:Prior to the age of 15, some individuals exhibit a conduct disorder This is a persistent and repetitive pattern that violates the rights of others, fails to respect societal norms and is pervasively present in rebellious and seemingly conscienceless behavior.

There is an inflexible approach to problem solving, and it does not cause distress in the individual.

The media will alternately refer to this as “psychopath” or “sociopath” or “dissocial”, but the correct term is anti-social personality disorder.

The term can be a bit confusing in that a “psychopath” is seen by many as someone who is out of control, has poor reality testing and is driven to mayhem. In reality, the individual with anti-social (meaning going against society) personality disorder is actually cunning, calculated and grossly manipulative. Unfortunately, the public sees the term anti-social as someone who is withdrawn and avoidant. Thus, it is best to interpret the term in reverse: social or society and “anti” or against.

Some of the characteristics of an individual with anti-social personality are:

The anti-social injured individual sees their injury as an opportunity. They act on the urge to con, benefit, manipulate and orchestrate how they are seen, treated and compensated. They are defiant and crafty, and are discovered by the impulsive changing of their history, their injury, their symptoms and their goals.

They are planning only to maximize their tangible reward from their injury,  and there is no true attachment to treating doctors, nurse case managers, their employer or even their family.

These are often charming individuals upon casual acquaintance, whose behavior only becomes evident over time when inconsistencies arise. You can detect this personality disorder, but it will not be changed by the course of treatment for an injury, nor should it be addressed as a work-related psychological disorder.

The Downward Spiral of Narcissism

From the time we are in the crib and examining our own fingers and toes, our fascination with ourselves spans the ~8 decades …
Read Blog Post

There is a central problem for all patients in pain,regardless of the cause of the pain. The treating clinician must be certain …
Read Blog Post

Paranoid thinking presents in two ways: grandiosity in which the individual feels that they are uniquely gifted or persecution …
Read Blog Post