The Psychodiagnostic Process August 17, 2017 By Dr. David B. Adams 0 Comments 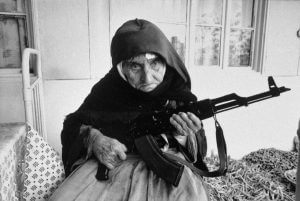 Relatedness to injury: There are far too many times that when treating an injured worker, I come upon serious health problems that are being ignored.

The most obvious are obesity, hypertension and diabetes. Due to a variety of factors including health habits, lack of family concern and financial limitations, early signs of disease are not addressed, and did not arise from injury.

However, these are not the only, or anywhere near the most, alarming situations.

Allow me to provide some very real cases from my own practice regarding the relatedness to injury:

The relatedness to injury was contested. She had no funds for private health care. Within months, she had died, and her cause of death was said to be from Amyotrophic Lateral Sclerosis (ALS),”Lou Gehrig’s Disease,” a progressive neurodegenerative disease that affects nerve cells in the brain and the spinal cord. Motor neurons reach from the brain to the spinal cord and from the spinal cord to the muscles throughout the body. When muscles no longer receive the messages from the motor neurons, progressive degeneration occurs.

Was there a relationship between her injury/surgery and her neurological disease? Such a relationship was denied. Could her disease have emerged suddenly the day of surgery?

This is a progressive disease that, for her, began suddenly and led rapidly to her death. Neither she nor her family had means or authority to understand relatedness or resources to seek other care.

The workers’ compensation system sets specific limits on what can be explored and treated. The most common thing told to the patient by the provider is that “this is not my area”, “I am not authorized to address this,” and/or “this is not something I can discuss with you.” What is not done is to explain to the patient that “while I cannot address these complaints, I am nonetheless very concerned, and I want you and your family to seek help. Here are some people (or facilities) you could consider.”

We have an obligation to help the patient find appropriate care even if we are not authorized to provide that care.

“There are two times when depression emerges in the case of work-related injury: 1. The patient feels the injury “ruined …
Read Blog Post

The following case history will be very familiar to most of you. This is a middle aged man, sustaining work-related back …
Read Blog Post

Technical skills, even clinical, skills are often independent of social and interpersonal skill. Unquestionably, some of …
Read Blog Post