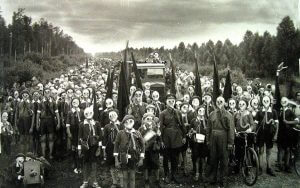 Injury: If a wealthy man were to win the Lottery, his spending behavior is unlikely to be significantly altered. He was already in touch with his material and investment needs and was deprived of neither. A sudden influx of lottery money is most often applied to the same rules and limits that he has acquired.

A poor man wins the lottery and suddenly, objects and people he had never seriously considered flood in, and his money may be quickly depleted. It had never previously occurred to him that he had those interests, needs, or goals.

A patient psychologically referred after injury is typically sent for symptoms of mood, anxiety, or trauma-related disorder. Very few have previously had psychological care, and many have never considered that the problems in their lives, outside of their injury, needed to be identified or addressed.

Following injury, these emotionally contained workers have an abundance of fears, concerns, and frustrations that need to be addressed. Within short order, s/he also realizes that problems with a career choice, marriage, child rearing, and relationship management had not previously been considered. Like winning a psychological lottery, they now feel that they have someone who is capable of solving decades of life’s ills.

These problems, however, are not the province of injury-related care. They need to be identified, and the patient needs to be directed to consider seeking help for these issues in life. But the injured worker must also be assisted in realizing that those problems that did not emerge from injury cannot now be addressed under the umbrella of that injury.

Most patients readily understand this. Some patients need limits set in order to understand it. The analogy is that the severe burn to their hands is not something that leads to treatment of longstanding back pain, the same being true for obesity, hypertension, and diabetes. Their authorized treating physician can address only injury-consequent problems.

And the same is true for the psychological components of injury and recovery.

What does happen, in some instances, is that the mental health provider is unable to set limits and boundaries. The doctor is “flattered” (called “counter-transference”) that this patient, in this occupational role, makes the doctor feel more powerful, respected, and needed.

A year ago, I discussed how difficult it was for injured workers as Christmas approaches: They have no funds, and often they …
Read Blog Post