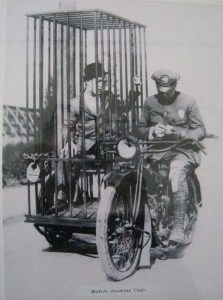 Gain: “The concept of secondary gain is a frequently addressed observation as to the benefits a patient receives from an illness or injury. The term is sometimes used as an indictment of the patient. Since s/he derives gain from the physical complaint, some feel that the complaint is less important and warrants less concern. Tertiary gain is rarely discussed.

“Certainly the patient is in pain, but look at all the attention he is gaining from his complaints.” Secondary gain may be definable from our observation of the patient, but in some cases, the patient is unaware of the connection between the physical complaint and the gains accrued from having the complaint.

It is important to realize that as a society, we encourage secondary gain. We provide time off from work, short term or long term disability, relief from the responsibilities of life and empathy from coworkers, friends and family.

We also provide financial compensation for the physical damages in terms of settlements and other monetary rewards. Secondary gain is so endemic to our American lives that we create “get well” cards, have gift shops in hospitals and have florists at the ready to dispatch unGodly expensive floral arrangements to a hospital room.

And we begin this process early in life when handed a lollipop after someone sticks a needle into our your arm.

Secondary gain is an external motivator. It can enable the attainment of drugs, relief us from military duty or jail sentence. We are talking about external rewards for symptoms over which we feel we have no voluntary control.  This is not tertiary gain.

When we know that we are exaggerating symptoms for personal gain, this is, of course, malingering. It is conscious, intentional, manipulative and sociopathic.

Primary gain is a different phenomenon. In primary gain, the incentives are internal. The physical complaint helps resolve an emotional/internal conflict. Primary gain occurs when the physical problem allows us to feel less guilt about unmet obligations. The nature of the “gain” may not be readily observable. A patient example is a very angry and frequently abused female patient who, post injury, could no longer be intimate with her husband. The husband regularly beat her, but he ceased to do so after the injury. He felt it was the fault of the employer that he could no longer have satisfying physical contact with his wife. She was able to be “compassionate” with his plight, but internally was relieved that he could not touch her and that he was being punished by her physical unavailability.

We are all vulnerable to secondary gain…someone makes us chicken soup. Primary gain, however, is seen in conversion disorder (once called hysterical conversion) in which the patient is unaware that physical symptoms are purely psychological. In cases of conversion disorder, as described above, the connection between the internal emotions and the emergence of the complaint can be explored and explained by a skilled clinician.

Tertiary gain is less commonly discussed. It occurs when a relative or friend derives sympathy and attention from the suffering of the patient. An example is a person who is repeatedly asked about the health status of a family member or close friend. A more serious example (factitious disorder by proxy) compels the individual to harm (or example) a family member in order to gain attention and concern for himself.

As I have often stated, the workers_ comp system is ill-equipped to deal with those of above average intelligence, greater …
Read Blog Post 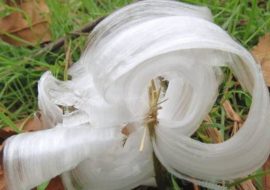 What Examination Tells Us

It is difficult for me to understand how surgeons obtain so little information about the patient that they are treating. …
Read Blog Post