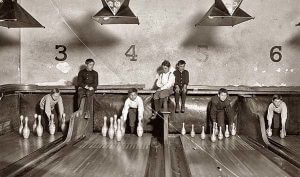 Compliance: His wife called and said that he has been very depressed. So we scheduled him for an appointment. He has failed to show for almost all appointments. A spouse may be more aware of a change in mood than the authorized treating physician.

Because a wife feels her husband is depressed is not sufficient to guarantee compliance by the patient. Male patients will decry that care is not needed, not helpful, not something they believe can be effective and even that care does not apply to them. As one patient stated, “I don’t need to talk about it; I just need my fingers to grow back.”

Male patients are often loathe to accept depression as a diagnosis. They are even less often willing to talk about that which makes them feel helpless, how they feel about not being the breadwinner and/or the impact of this upon the marriage and especially the bedroom.

As implausible as it may sound, they would sooner nap away the days, watch television, neglect self-care, and complain bitterly than mobilize and address alternatives.At any time, between 5% and 9% of women and between 2% and 3% of men have diagnosable major depressive disorder. It is a common, and a commonly recurring, disorder. Half of those who have one major depressive disorder will have a second, and greater than three quarters of these will have a third occurrence.

It is, therefore, not unusual for major depressive disorder to occur following injury. This is heightened by intense chronic pain, by financial hardship, arising family strife and the belief that a return to employment is improbable.

It has long been known and well established that the treatment of choice is psychotherapy and anti-depressant medication. Patients frequently discontinue their medication or fail to take it as prescribed. Just as frequently, they fail to consult their physician before adjusting their own dosage or electing to discontinue. Adherence can be divided into persistence (whether the patient continues) and compliance (whether the patients take medication as directed).

While it is unquestionably important to anticipate depression after an injury, it may often be necessary to accept that the patient will deny, dismiss, or even ridicule the need for care.” A patient who is depressed after injury may be burdensome to the family, irritable, forgetful, impatient, and lethargic. The family may be well aware of the need for care for the depressive episode, but convincing the patient is not so easy.

While it is unquestionably important to anticipate depression after an injury, it may often be necessary to accept that the patient will deny, dismiss or even ridicule the need for care. 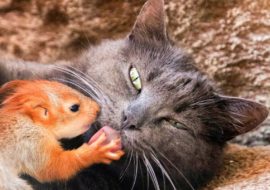 Deception: If a patient is suspected to suffer from Factitious Disorder or Munchausen’s Disorder, the hospital and …
Read Blog Post

Pain treatment involves oral and injected medications and other procedures designed to minimize or eliminate pain. The will …
Read Blog Post

The Economy & The Injured Worker

A very specific form of fraud, deception and malingering will occur in this global economy: Individuals with valid injuries …
Read Blog Post