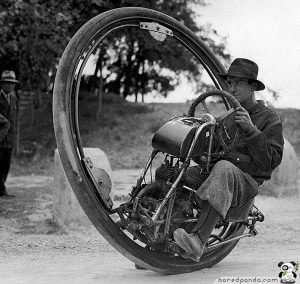 Amotivational:”This is an all too familiar dilemma and is best represented by a recent patient: He sustained a non-surgical back injury. Non-surgical, in his case, is defined as `he is too young to embark on a course of repeated surgeries so he must learn to tolerate his pain until surgery becomes mandatory.’

He was performing, what many would say, is mind-numbing production work. Ten hours a day of lifting and attaching several machine parts. The task never varied, and he could not derive any sense of completion or purpose since he never saw the completed machinery which was constructed in another plant. He did not actually know the function of his three assembled parts. He did not find this boring or meaningless. He also did not find it fulfilling and meaningful.

It paid above minimum wage.

He could work overtime.

He could support his wife (who also worked) and two small children. He had a home, old vehicles and friends.

He referred to the production work “as the best job ever.”

He had not done well in his rural school. He had been “socially promoted.” His reading and math skills were modest.

He had no hobbies, no strong interests, and recreational activities consisted of sitting on his porch with his dog, upon land owned by his father.

He did know of any interests that were worthy of pursuit. There was nothing he wished to know strongly enough to seek to be educated or trained. He had no apparent curiosity about his world. He watched only sports on TV.  His life was “amotivational.”

He was vocationally tested in my office, and just as he described, there were virtually no interest areas, merely a need for consistency. Among the vocations for which he had the greatest similarity were farming, janitorial work and…production.

Being released MMI was largely meaningless to him. His back was still painful, his employer had no work for him and nothing was of interest.

He was neither depressed nor anxious. There were no conflicts to resolve. He was not seeking further opinions or even a personally better understanding of his condition.

There is no disorder here which demands treatment. It is the amotivational “syndrome” that characterizes the lives of the uninspired.

What is to be done? He must be enabled a redirection and understanding that any job within his limits, regardless of how rudimentary, will meet the family’s financial needs. He also needs to be shown that if he occupies the job for a sufficient period of time, he will connect with coworkers and supervisors, earn praise and raises and that over time he will develop a tolerance, if not an affinity, for the new job.

If this sounds much like how we help teenagers accept entering the workforce; it is just that process.

Psychological factors consistently emerge in five areas: 1. Patient complains of problems with intimacy but is found to be …
Read Blog Post