The Sociology of Mental Health April 7, 2017 By Dr. David B. Adams 0 Comments 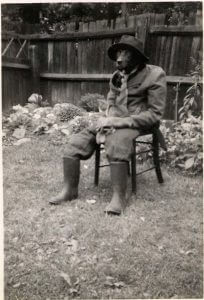 Discarded patients: Several years ago, I passed the threshold of having seen 5,000 injured workers. Most of the patients recovered from both their injuries and the emotional consequences of the injury. However, there are a large number of these patients who remain deeply burned into my psyche and will forever be concerning, simply because they were discarded.

Those that did not recover emotionally and/or physically were, thereafter, relegated to a life of physical, emotional and financial dependency. They moved back to live with relatives. They lived lives of great frugality and quiet desperation.

The discarded patient lived lives of appreciable boredom and emptiness. Many remain in pain without funds for medication. Marriages and families fragmented, and quite often they retreat into extremely poor health habits with consequent emerging chronic diseases such as hypertension and diabetes. And more than a few retreat to alcohol and other abuse.

Importantly, these outcomes were quite predictable. As each authorized treating physician “had nothing more to offer”, and as visits to the ATPs became less frequent, the patient was then approached with interest in settlement.

Settlement is always a disappointing number when compared with that for which the patient had prepared him/herself.

Additionally, with regards to settlement, by the time it occurs, and the patient receives his/her share of the proceeds, there is appreciable accumulated debts and personal loans. All settlement funds are almost immediately depleted.

While all involved in care have nothing else to offer, the patient is nonetheless still physically and psychologically uncomfortable, enduring waking hours and unable to sleep at night. Pain and depression have become a chronic feature of life.

Another feature is that any ATP who had marketed him/herself as deeply invested in the patient, completely vanishes from the patient’s life at the time of settlement; never more to be seen. To the patient, this is interpreted as “the only one who cared about me, began to care less over time, and now does not care at all.” Thus, I as the patient have no value even to my doctors.

In the final stages of psychological care, the mandate is to prepare the patient as the case comes to a close. The patient must learn to see this objectively, not personally directed. Nonetheless, the patient will always feel that “no one knows what this injury has done to my life.”

What must be conveyed to the patient is that while no knows the impact this injury has had, that does not mean that no one cares about that impact.

When an injury is such that the worker cannot go back to the job he has held for many years., but he does track his treatment, …
Read Blog Post

There are doctors who refuse referrals of injured workers. They most often claim that workers’ comp patients treat …
Read Blog Post