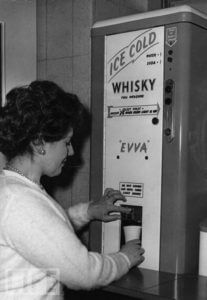 Damages: It would be a ideal if psychological recovery coincided with physical recovery. Quite often, it does not.

The depressive symptoms begin over time as the patient begins to cope with pain, limitations and the impact upon career and family.

The surgeon will ultimately have completed his/her work on the patient and will release the patient MMI with (or without) a PPD rating. For the patient, many of the factors giving rise to anxiety and depression do not abate with the completion of forms and documentation. For some patients, MMI release brings an entirely new and amplified series of concerns.

The surgeon’s role is usually confined to a specific area of tissue damage and does not extend to other injured areas: “You are here to see me about your leg pain; I am not authorized to address your back pain.”

In a similar fashion, a surgeon does not diagnose or treat psychological damages. We do not, and should not, expect that the surgeon will discuss with the patient his/her emotional recovery at the time of release, particularly since patients do not share their innermost concerns in an orthopedic setting.

If the patient is still depressed, has residual or full blown symptoms of posttraumatic stress disorder, is covertly dependent upon prescribed narcotics, or is dealing with other psychological disorders, these are issues that are not openly shared.

On the receiving end, I receive data that the patient is approaching surgical MMI, and I am asked to release the patient. This correspondence between psychological and surgical MMI can occur, but, as noted, quite often the psychological problems emerged long after injury and continue well after surgical options have been completed.

This “MMI” patient often has generalized anxiety, improved but continued sleep disorder, only a sketchy concept about future employability and has a deficient support system. Determing whether a patient can benefit from psychological care after surgical release is a matter of clinical judgment. Premature psychological release for the sake of reaching an endpoint is poor clinical judgment.

On numerous occasions, I simply saw the patient at no charge after his/her case was settled rather than have the patient cope with premature psychological release.

There are numerous reasons why a patient does not return to alternate/light duty employment: a. Does the patient believe …
Read Blog Post