The Sociology of Mental Health March 3, 2017 By Dr. David B. Adams 0 Comments

The Mill: I had a patient with a persistent headache and dizziness. He told his friend, a gastroenterologist, about the symptoms. The friend recommended “a colonoscopy and then maybe a neurologist.”

Many are guilty of seeing the world solely through their own perspective, their mill. The breast cancer survivor wants to do charitable work in that area. Those with a parent with Alzheimer’s Disease want to raise money for research in the area, and, of course, the addict may seek to work with other addicts. 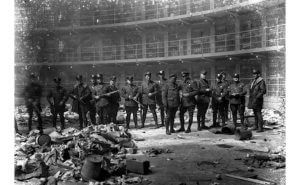 This may be a “pill mill” for weight loss, pain management, problems with intimate performance and a range of other human ills. While these are worthy endeavors in the correct hands, sometimes they are simply ways of creating large patient populations.

“The Mill,” as I describe it here, is not for health promotion but for income production. Aside from the ethical and legal concerns, these operations also become a source of frustration for those truly invested in patient improvement, recovery or even survival. All “The Mill” requires is a business plan based upon the delivery of specific services that are justified by specific tests and delivered in specific ways.

Patients become amazingly similar in such settings, and all patients are recommended for the same diagnostic studies, procedures and approaches, while insurance companies are billed with one or two primary diagnoses. Years ago, there was a mental health facility in which people were admitted for the length of time covered by their health insurance, and employees were given financial and gift incentives for admissions. When insurance lapsed, the patients were discharged. Now, that facility has also lapsed. Besides making providers a great deal of money,

“The Mill” insures that all complaints of pain are treated the same. Good thing? When you realize your patient is receiving this cookie-cutter care, there is a sense of despair. The treatment is not benign, and the risk of harm can be substantial. Even if no physical damage is incurred, the patient will be emotionally harmed when treatment does not impact their legitimate complaints or make them vulnerable to false expectations. Of course, in the case of disingenuous patients, “The Mill” is used to substantiate false claims, and a facility with this reputation can harm the credibility of an honest patient. Unfortunately, it may be years before this facility is recognized, because they are usually so well organized as to be obscured from critical and clinical review. Since these patients become outside the reach of their surgeon or primary care physician, they come to rely on “The Mill”, with little continuity or oversight.

[Additional data: “ Malingering, until recently, was dismissed as a serious but infrequent problem assigned to less than 5–10% of patients reporting chronic pain (Fishbain, Cutler, Rosomoff, & Rosomoff, 1999). However, with the advent of new technologies, especially in the neuropsychological arena, and a better understanding of the construct of malingering and feigning, several investigations have determined that the base rate of malingering in chronic pain is considerably higher. In one of the more comprehensive studies, it was found that 39% of patients with fibromyalgia who were seeking benefits related to their pain exaggerated symptoms of pain (Mittenberg, Patton, Canyock, & Condit, 2002). Another investigation reported a 36% base rate of malingering for chronic pain claimants (Meyers, Millis, & Volkert, 2002), and Gervais, Green, Allen, & Iverson (2001) found that 50% of patients with chronic pain who were seeking compensation failed the Computerized Assessment of Response Bias (Allen, Conder, Green, & Cox, 1997) and the Word Memory Test (Green, Allen, & Astner, 1996). Interestingly, when patients were told that a poor performance could cast doubt on their purported impairment, there was a reduction in the failure rate to 6%. Clearly, the rate of exaggerated response bias and malingering is higher than originally thought. 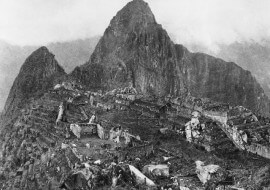 Awareness: A patient states that s/he has problems concentrating, making decisions, deriving any pleasure from life, has …
Read Blog Post