The Psychodiagnostic Process November 5, 2016 By Dr. David B. Adams 0 Comments 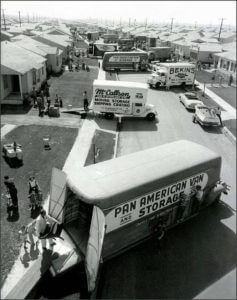 Psychological Status: An individual has a health crisis; this may be an illness or injury.   In the Emergency Department, they are treated according to the presenting complaint and degree of apparent urgency. The urgency, in turn, is partially determined by the patient’s emotional response but more importantly by the clinical significance of the complaint.

Protocol is followed, and the patient is triaged as per diagnostic implication. A right upper quadrant pain with rebound suggests appendicitis, and diagnosis/care proceeds with that as the first probability. This is obviously treated differently than an obese male who presents with substernal crushing chest, right arm and jaw pain.

The staff can identify the difference between gall bladder pain and the onset of labor, but can the staff differentiate between the angry and fearful patient? Need they even attempt to do so?

For the most part, we make no assessment of the patient’s psychological status at the time of the crisis unless the patient appears to be in (or going into) shock. Even in the latter circumstance, measures taken are physiologic, not psychological.

When a patient is referred to me after an amputation, the objective tissue damage, does not reveal to me how the patient has reacted and is going to react.

The changing psychological status of the injured individual takes a variable path. There may be shock, disbelief, fear, or horror. There are, however, other paths including anger, frustration, resentment and helplessness

While the tissue damage can be addressed with little attention directed toward the individual’s psychological status, assisting the patient on the path to rehabilitation and return to productivity requires detailed knowledge of the emotional course upon which the patient has embarked. Complicating this further is the patient’s initial unwillingness to reveal, much less address, their own emotional response. They do, nonetheless, collect their own data to support their psychological assessment of those attempting to treat them.

They may look for signs of being disrespected, dismissed, abandoned, minimized and criticized. They become rapidly convinced that they can detect the underlying intentions of their providers. They may feel that they are rushed into surgery or, instead, that needed surgery is intentionally obstructed. They may feel that there is reluctance to treat their pain, or they may feel that the medication is a means of ceasing to look for the true etiology of the pain. Importantly, they may have complaints that emerge weeks or months after injury which no clinician feels that he/she is authorized to address.

Overall, the patient may feel that he/she has no advocacy or that the advocacy is limited, incomplete and abruptly withdrawn.

The patient finds increasing evidence that “no one understands” the impact of suffering.

Importantly and concurrently, the patient resists exposing the extent of psychological suffering to those who, before health crisis, were complete strangers. 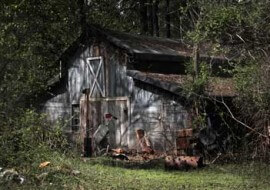