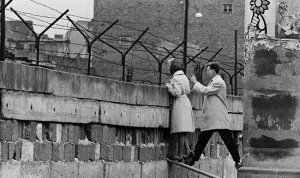 I treat police officers and have for three decades.

They have some of the most serious and alarming of all physical injuries of all those occurring on the job.

Police officers quite often present with a combination of major depressive and post traumatic stress disorders.

These diagnoses are most often missed by those treating their physical injuries but are first noted by their nurse case manager.

Indeed, their PTSD and mood disorders are no less obvious than with other injured workers, but these are law enforcement officers, and clinicians tend to not approach police officers with questions regarding their mood.

We, as a civilization, have difficulty with our concept of the police.   At the most obvious level, we are wholly dependent upon them in an emergency. At another level, we are fearful when we are the target of their enforcing the law. We are vulnerable to the moods, values and perceptions of the police.

They are taught in Police Academy that when they arrive on the scene, they own that situation, that they are to control the site including the people present.   They are to remain focused and objective. `Keep their own heads while others are losing theirs’ so to speak.

First on the scene, most often when an event is in progress, they have been dispatched and told the general nature of the situation, and they are, ideally, trained to respond in a controlled and precise manner.

With time, training and experience, they learn to anticipate problems with specific sections of town, specific populations such as drunk drivers or domestic violence. They have a different mindset when called to an armed robbery or a complaint of shoplifting.

But it is that which cannot be anticipated that impacts them the greatest. They are present when a death occurs, when carnage is occurring or has occurred, when harm is perpetrated upon a child, or when catastrophic accidents have just occurred.

The most difficult of all police injuries are those which occur suddenly, with immediacy, without warning and are shocking, confusing and present real or imagined physical injury or death.

How does this differ from major depressive or posstraumatic stress disorder occurring in the general working public?

It has to do with expectancies, role-image, self-image, and support system.

Our concept of a police officer is that of a stoic individual who is detached and unemotional. This is also the concept they portray to each other. Being tremulous, tearful, having intrusive thoughts of a trauma, having nightmares and phobic avoidance of locations and situations is not the image they, their colleagues or even the public has of them.

A father can be tremulous and tearful before a news camera in response to an event. We are dismayed if a police officer displays this behavior.

They often cannot go to their colleagues for support. They cannot acknowledge emotional symptoms to their surgeons, and they attempt to deal with a work-related trauma by “time will resolve this.”

Police officers are rarely referred for evaluation and treatment in the immediacy of a trauma. They are most often referred later…too much later.

There are the patients that come to each visit with all xrays, lab reports, MRI results, progress notes, correspondence and …
Read Blog Post 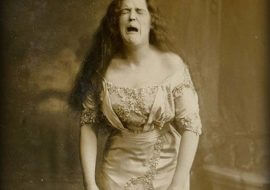 Somatoform: The term “somatoform” derived from concept that, for some patients, pain emerges from purely emotional causes, …
Read Blog Post

I have found that when an injured worker claims to have psychological problems as a result of physical injury, they often …
Read Blog Post