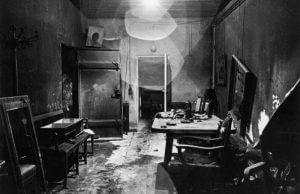 One patient of mine comes immediately to mind. She sustained a cervical bulge in a work related accident.

Initially, she had the expected neck, shoulder and bilateral arm complaints.

But very rapidly, she winced when arising, walked slowly with a pronounced limp, groaned as she walked, made continual vocal utterances and seated herself as though she were in agony.

These pain behaviors were not fabricated. They were, however, becoming grossly exaggerated and were now an entrenched habit pattern.

Watch the flexibility of a 4 year old, stooping to pick up a toy or examine a flower. Try that at forty.

Although it can be delayed, we all stiffen with age and inactivity, but we also learn to make vocalizations of pain, to move with observable slowness and limitations.

These are not mandatory behaviors, but we certainly learn them quickly.

The pain behaviors may be worse when examined by a physician; they may be notably less, or even absent, when observed by someone whom we wish to see us as young.

Part of the psychological treatment of pain is to have the patient recognize the pain behaviors and the context that it creates. For example, if you arise, moan and groan, learn to anticipate that you will moan and groan, you will also soon expect others to register these sounds as indications of your pain and expect others to make accommodations based upon these sounds or your impaired movements.

While a 20 something male is more flexible than a 60 something male, the younger male would hate to have others see him as having physical limits. In our society, it is not uncommon for the 60 something male to arise with ceremonious “oy…oy” cries of pain as a signal of their age and suffering.

We learn these behaviors from others, but we also teach ourselves to look impaired even when alone.

There are commonly seen, and diagnostically important pain behaviors. In the AMA Guidelines for Permanent and Partial Disability, there are:

Extremely slow movements
Sitting with a rigid posture
Moving in a guarded or protective fashion
Moaning
Using a cane, cervical collar or other device
Stooping while walking

Closed head injury can be a significant and serious concern, but quite often there are other factors, and more accurate diagnoses, …
Read Blog Post 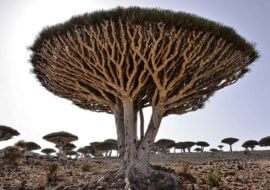 The Role of the Spouse in Disability

It would initially appear that an unmarried patient fares more poorly than the married injured worker. It would seem that …
Read Blog Post