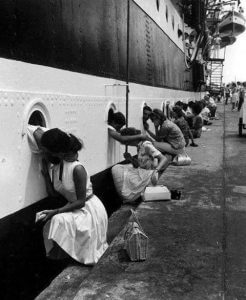 Chaos: The key elements are the frequent changing of self of self (jobs), risk taking behaviors, intense and unstable relationships and the probability that his idealized friend (supervisor) made him momentarily feel humiliated and abandoned, thereby triggering rage.

While the patient’s emotional anguish may be attributed by him to his injury, it is, indeed, part of a pattern that emerged early in life and resulted in his failure to form a cohesive and stable personality. This can arise from trauma during development although there appears to be suggestion that this may also be a genetic vulnerability. The international classification of diseases (ICD-10) refers to emotionally unstable personality.

We currently refer to this chaos as borderline personality disorder (BPD), a term to which many object. The people with BPD are being highly sensitive to rejection and spending a lot of time thinking about and feeling afraid of possible abandonment. Such individuals have an unusually intense sensitivity in relationships with others, difficulty regulating emotions, and impulsivity. The feel unsure of their personal identity and values and will change direction and careers repeatedly. They have paranoid thoughts when under stress. They often feel severe detachment from physical and emotional experiences (CF. dissociation).

Such patients feel emotions more easily, more deeply, and for longer than others do. Their emotions in people repeatedly re-fire, or reinitiate, prolonging their emotional reactions even further. It takes a long time for such individuals to return to a stable emotional baseline following an intense emotional experience. Individuals with BPD are often exceptionally idealistic, joyful, and loving but feel overwhelmed by negative emotions, experiencing intense grief instead of sadness, shame and humiliation instead of mild embarrassment, rage instead of annoyance, and panic instead of nervousness.

They are especially sensitive to feelings of rejection, isolation, and perceived failure. Before they learn coping mechanisms, they may attempt to escape from their intense negative emotions can lead to suicidal behavior. They are often aware of the intensity of their negative emotional reactions and, since they cannot regulate them, shut them down entirely via self-destruction. While patients with BPD also feel joy intensely, they are especially prone to dysphoria : extreme emotions; destructiveness or self-destructiveness; feeling fragmented or lacking identity; and feelings of victimization: 1) feeling betrayed, 2) “feeling like hurting myself”, and 3) feeling completely out of control.

The mood swings in people with this condition actually occur more frequently between anger and anxiety, and between depression and anxiety. Impulsive behaviors include substance abuse, eating disorders, unprotected and indiscriminate encounters with multiple partners, reckless spending and reckless driving. They act impulsively because it gives them immediate relief from their emotional pain, shame and guilt follow such actions.

They are very sensitive to the way others treat them, feeling intense joy and gratitude at perceived expressions of kindness, and intense sadness or anger at perceived. Their feelings about others often shift from positive to negative after a disappointment, a perceived threat of losing someone, or a perceived loss of esteem in the eyes of someone they value. This shift from feeling great admiration and love to devaluing feeling great anger and dislike which undermines relationships with family, friends, and co-workers. Self-image can also change rapidly from very positive to very negative, strongly desiring intimacy, people they tend toward insecure, avoidant or ambivalent, and they view the world as generally dangerous. Their increased levels of chronic stress and conflict in romantic relationships leads to decreased satisfaction of romantic partners, abuse and unwanted pregnancy. 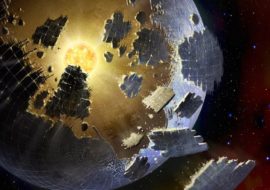 There are dire consequences, beyond the legal and clinical, when prescribing.  You may know what kind of drug you are giving …
Read Blog Post

Psychological care is not expensive, and when compared to its shortening the time of disability, it is actually money saving. …
Read Blog Post 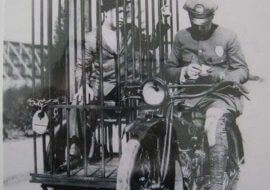 Gain: “The concept of secondary gain is a frequently addressed observation as to the benefits a patient receives from …
Read Blog Post