The Psychodiagnostic Process June 26, 2016 By Dr. David B. Adams 0 Comments 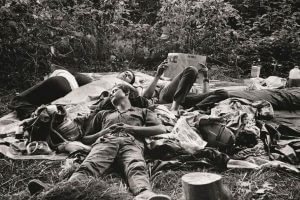 On Thursday, April 30, 1970, President Richard Nixon announced the movement of our troops into Cambodia (the Cambodian Incursion). This furthered the anti-war protests among college students.

On Sunday, May 3, 1970, Ohio Governor Jim Rhodes called the student protesters un-American, referring to them as revolutionaries set on destroying higher education in Ohio.

Companies A and C, 1/145th Infantry and Troop G of the 2/107th Armored Cavalry, Ohio National Guard (ARNG), attempted to disperse the students. (The legality of the dispersal was later debated, and the United States Court of Appeals for the Sixth Circuit ruled that authorities did indeed have the right to disperse the crowd.)

When it became clear that the crowd was not going to disperse, a group of 77 National Guardsmen with bayonets fixed on their M1Garand rifles, began to advance upon the hundreds of protesters.

Just before noon, on Monday, May 4, 1970, the Kent State shooting (Cf. “Kent State Massacre”) occurred. The National Guardsmen fired 67 rounds over a period of 13 seconds, killing four students and wounding nine others, one of whom suffered permanent paralysis.

The concept of shooting or being shot should have been fertile grounds for the development of posttraumatic stress disorder. (Importantly, PTSD did not appear as a formal diagnosis until ten years later, and, even then, was hotly contested as a valid diagnosis.)

Had you (I did) asked classmates back then the cause of the war in Southeast Asia, the history of this conflict, and the purpose of military action, you (meaning “I”) would receive a simple response: “Man, this is like a civil war, and we need to make love not war.”

To my knowledge, no classmates knew where Cambodia, Laos, Vietnam, etc. were located. They had little realization of the consequences of either war or peace. Their fathers had fought in “the Big War,” and they wanted it clear that they were not planning to do so….even at the risk of spending their life in prison…or Canada.

More recently, young people have protested (Occupy) Wall Street. I cannot be certain how much they understand about the financial foundation of America. I also cannot opine as to how many were, in fact, from families subsidizing their protests via proceeds from parental financial investments.

I do know that they protested, and a $110k per annum security guard sprayed them with pepper spray when they did not disperse.

Money then changed hands because the students had been assaulted with this chemical.

And someone proclaimed that the security guard apparently had PTSD from the widely circulated reports of the assault he had committed.

The Sociology of Injury

If work is solely for money, then money can replace work. However, when an individual is out of work, his/her role in the …
Read Blog Post 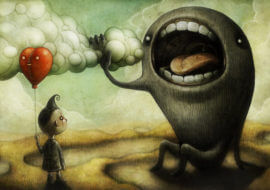 “Three of every 4 nurses said they experienced workplace violence, but only 1 in 6 incidents was formally reported,. …
Read Blog Post

At one level, sexual dysfunction following injury, can be a simple problem, but globally it is actually quite complex. In …
Read Blog Post