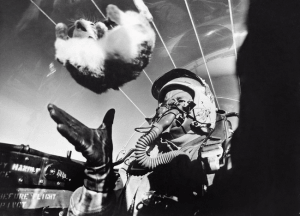 I have consulted to police departments for decades. And the key differences are that police officers see their career choice, role, and stressors as unique to their form of work. Also, they see a specific structure of authority and a level of responsibility that is much less common outside law enforcement.

The psychology of law enforcement is both fascinating and complex.

Mental health consultants, employed and/or contracted by the Department, can be quite problematic: They have an underlying assigned task to “get them back to work.” The result of this is too often to minimize problems and/or delve just deep enough to justify that rapid return to work. It can be a significant conflict and compromise.

(This may also occur in EAP and occupational medicine programs where there is concern for who is paying the salary of the consultant. Is the employee the focus of care or the employer? This is hardly a new concern.)

First responders, by definition, can be exposed to severe trauma directly or through crime reports.

The diagnosis of PTSD among law enforcement is not infrequent. However, that diagnosis often fails to note the high occurrence of co-morbid conditions ranging from mood disorder, substance abuse disorder, anxiety disorder or developmental personality disorder that pre-dated on-the-job injury.

An analogy would be to present at the ER after an auto accident but concurrently have other and undiagnosed severe health risk concerns that may be overlooked.

We have discussed previously the injured workers with undiagnosed hypertension and/or diabetes.

While there may be commonalities in the individual’s choice of any profession, the choice of law enforcement may arise from developmental experiences, problems or even trauma that then emerge after the officer is injured on the job.

1. A female officer in south Georgia is shot in the line of duty. She begins to recover but ceases to eat. Mental health attached to her department diagnoses her with depression and medicates her. Reality: She had been given to a grandmother when she was ~3 years of age. The grandmother did not want her and starved her. The patient learned to not experience hunger as an immediate response to trauma. Until that was discovered, treatment was unsuccessful.

2. A male officer near the South Carolina border was briefly employed before being shot by a man whom he was pursuing in a foot chase. Subsequently, he had the not unfamiliar flashbacks and nightmares. Rather than these intrusive recollections being of the perpetrator, they were of experiences of being beaten, not shot, by a shadowy figure. This figure, it was found, was that of his wife who had repeatedly physically assaulted him prior to (and prompting) his decision to enter the police academy.

3. A female officer in Greater Atlanta was in her cruiser when struck by a car driven by a man fleeing the scene of a crime. Her injuries were severe. She recovered. She resisted returning to work. She was perceived to be malingering. The reality is that her male counterparts had come to the hospital, ridiculed her for putting herself in harm’s way, and one had told her that they would work hard at ruining her career; “women should not be cops.”

Although there are “pure” cases of major depressive disorder, acute stress disorder, somatic symptom disorder and/or dependency on pain medication, the complexities in the lives and backgrounds of some police officers makes it imperative that diagnoses are accurate and complete. 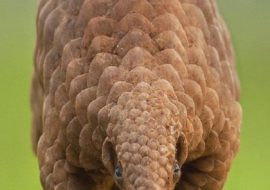 Distorting by deliberate omission of data is referred to as malingering by dissimulation, but that is not the most common …
Read Blog Post