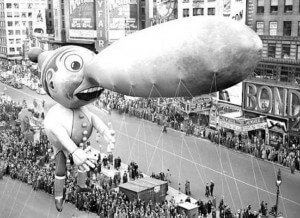 The concept of Type D (meaning “distressed”) Personality was introduced in 1995. The concept arises from the field of Medical Psychology and was first reported by researchers in The Netherlands.

Type D individuals have a prevalence rate of 21% in the general population but may be more than double that amount in patients with with cardiac disease.

It was found that those patients with had a four times higher rate of death after myocardial infarction (Eg. “heart attack”) compared to others without these traits.

a. Social Inhibition displayed as individuals who do not wish to share their emotions due to fear of disapproval and rejection by others. They are socially reticent (shy) and lack self-confidence (self-assuredness).

b. Negative Affectivity displayed as continual doom and gloom, worry and irritability.

Rather than these being associated with a clinical disorder such as major depressive disorder, they are more of the “fabric” of the individual and characterize his/her withdrawal and continual pessimism.

Interestingly, and perhaps importantly, a bulk of injured workers seeks to work in solitude and rarely share their emotions. They perform their duties largely in silence and often seek work that involves things rather than people. They return to their homes and families in a gloomy and irritated state which they are also loathe to share.

As with any disease classification and cause-effect relationship, there are studies that suggest that the link between this personality and health/mortality risk may not be as great as early reported, and as with most clinical data, rigorous studies are ongoing to support or refute the relationship between Type D and health risk.

Nonetheless, since lost time work-related injuries often include patients with Type D Personality Traits, this may be an important part of any psychological assessment when determining the patient’s capacity to rebound from injury and other health concerns.

A distribution of psychologists who are board certified, become increasingly rare outside of Atlanta. In many of the smaller …
Read Blog Post

The most problematic cases are in multiple physical therapies, have had numerous series of injections, are maintained on …
Read Blog Post