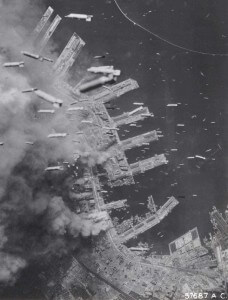 Bipolar Disorder Emerging: Here is a significant defect in the conceptualization of injury. Take the example of a stock worker who falls from a ladder a distance of six feet and lands upon her right knee and hip. She has immediate knee pain for which examination and treatment is begun.

The knee is a continual source of pain. The bruise on the hip has begun to resolve.

As the knee pain begins to calm, the patient tells her orthopedist that she has low back pain. He reminds her that he is not authorized to address her back but assures her that her knee is showing significant recovery, and no surgery is indicated. He schedules her for a one month return.

She finds that he is correct, and the knee is much less painful, and she has increased use of the knee over time.

However, she continues to have back pain which appears to have worsened since her knee has recovered enough to walk more, and now that back pain is significant.

She has difficulty having this back complaint addressed since it did not exist in the aftermath of the fall.

Take this into the psychological realm. The same patient has had several brief episodes over the past 25 years in which she was withdrawn, irritable, sleeping excessively, gaining appreciable weight, was forgetful and had difficulty making minor decisions. During those periods, the family states that she would talk about the futility of her life.

However, her family also indicates that she has had periods of excessive energy, recurrent unrealistic plans and schemes, energy in which she had decreased need for sleep, was very talkative, reported racing thoughts, engaged in high risk taking behavior, would become preoccupied with minor, even trivial events, and was extremely driven at work.

Indeed, prior to falling from the ladder, she was insisting on working 10-15 hours overtime and had taken on a second job. She had a markedly decreased need for sleep and talked endlessly about how important she was becoming at both jobs.

She had never been treated nor diagnosed with any mental disorder.

Now, following injury, she presents with back pain, the care for which is denied, and her recent driven behavior has been blocked by immobility. She has retreated to bed, complains of being worthless, has abandoned her hobbies and talks about death and the emptiness of life. This is the opposite of her behavior and mood at the time of injury.

Did the fall result in back as well as reported knee injury? Did the blocking of her driven hypomanic behavior precipitate a major depressive episode?

The nature of work-related injury mandates a broader concept of what is impacting the patient.

Many injured males work in construction. This is obviously physically demanding although they may actually tolerate pain …
Read Blog Post 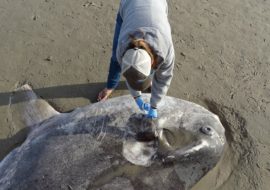 Self-fulfilling concepts: When I was in training, one of the interns was seeing a psychoanalyst for intensive psychotherapy. …
Read Blog Post