It has become common to re 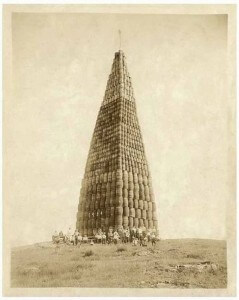 fer to oneself or others as OCD or OC any time we note compulsive, repetitive behavior from which the person cannot easily break.

True obsessive-compulsive disorder is an anxiety disorder in which the person has recurrent and persistent images, thoughts and/or impulses that are intrusive and inappropriate. These are not simply worries, but are thoughts that cannot be ignored or suppressed. The individual experiencing the thoughts and behaviors is consciously aware of their presence and their inappropriateness.

Compulsions are behaviors that the individual feels driven to perform in response to obsessive thoughts. And while the behaviors are intended to reduce stress, they are excessive and are not meaningfully connected to what they are trying to prevent. The compulsions themselves are time consuming and create their own form of stress. Thus, compulsive handwashing may be intended to reduce the fear of disease but actually creates distress since the patient cannot voluntarily stop the thoughts or the behaviors.

This is different from obsessive compulsive personality which refers to individuals whose social and occupational functioning is adversely influenced by their preoccupation with details, rules, regulations and schedules.   The person sets his/her own standards so high that tasks cannot be completed because they are not sufficiently perfect. Such individuals can be rigid, stubborn, miserly and inflexible, excessively invested in work and unable to easily engage in leisure or friendships.

Obsessions are the dysfunctional thoughts that drive compulsive behaviors.

Approximately two-thirds of those with OCD will experience at least one episode of major depressive disorder. Since the depression usually follows the onset of OCD, depression likely arises from the problems created by the OCD behaviors. However, both depression and OCD involve the same biological structures in the brain and the same brain neurochemistry.

There is also a body of evidence that indicates that depression may arise more from the obsessive thoughts than the compulsive behaviors.

If an injured worker has an obsessive compulsive personality disorder, or a true obsessive compulsive (anxiety) disorder, the aftermath of injury has a high probability of driving a major depressive episode. In the absence of productivity, patients have a ready supply of details, obstacles and frustrations upon which to obsessively dwell. And if such thoughts prior to injury were acted out in compulsive work activities, that means of coping is no longer available to them.

Tracking their symptoms, care, and the behavior of their healthcare provider now becomes their “work”, and they will pursue this new occupation as obsessively as they did their occupation. This compulsive behavior soon taxes the patience of all, including family, and does nothing to promote healing. If their behavior is recognized early on, this energy can be redirected to the process of recovery and return to work.

If you look into the mirror, and open your mouth, you will see your uvula, the conic projection from the posterior edge of …
Read Blog Post