Hysteria as a Concept

“When there are motor symptoms, sensory symptoms or neurological symptoms that cannot be fully explained by physical findings, the symptoms compromise a “conversion disorder.” When they occur in a warehouse, school or company setting, with many people have similar, inexplicable symptoms, it is referred to as “mass hysteria.”

When symptoms of “mass hysteria” occur in a workplace, there is an immediate search for possible toxins to which all may have been exposed. In January, 2012, a group of teenage girls in western New York developed symptoms that resembled Tourette’s Syndrome. Many culprits were blamed including old factories, old infections, and toxins from a train wreck decades ago. It is, however, generally accepted that these teens presented with conversion disorders and as a group as having “mass hysteria.”

Although I have seen numerous cases of conversion disorder in workers’ compensation, one of the most impressive was a man who fell from a ladder and became paralyzed on one side. There were no diagnostic findings to account for his complaint. Yet, he ceased to use his right arm and leg. After many months of searching for a neurological basis for his complaints, a psychological exam was ordered. The exam revealed that the man’s son had multiple sclerosis and was deteriorating. The father, a large and robust man, felt shame, guilt and resentment over his son’s condition. The father then took on the symptoms of the son.

Such cases were described as even in ancient Egypt. Many explanations have been offered as to the cause of conversion disorder and mass hysteria beginning with Freud’s contention that when a patient is burdened by horrific memories, those memories are converted to physical symptoms which are, to the patient, more acceptable and for which they are giving attention, sympathy and compassion (secondary gain).

Another explanation, neodissociation, suggests that the patient continues to process information (visual or hearing) but is not aware of the input. Thus, a patient with hysterical blindness is prevented from tripping and falling but is unaware of what he/she is seeing. The conscious mind does not see the visual stimuli.

A more complex theory is that conversion disorder may be an innate condition which protects the person in danger. Specific brain areas (cingulate cortex, insula, thalamus, amygdale, ventromedial prefrontal centers, supplemental motor area, etc) create a false mapping of the body in which the brain does not accurately experience sensory input. In times of trauma, such a protective function may be needed in order to cope. But in conversion disorder, the symptoms last beyond the time of the trauma.

The most important take away is that mind is the result of brain activity. We tend to forget that. If a person has a brain injury, we understand that this may change behavior. We think, feel and behave and refer to this as our “mind.” However, the mind is nothing more than the complex functioning of multiple brain areas and systems. It is not possible to understand the responses of a worker to his/her injury without accepting that mental functions are determining those responses. 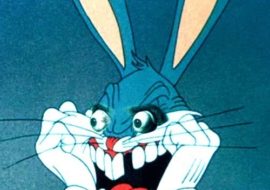 Whether a patient is being mean and inappreciative or irritable due to depression is an important differentiation. Àô What …
Read Blog Post